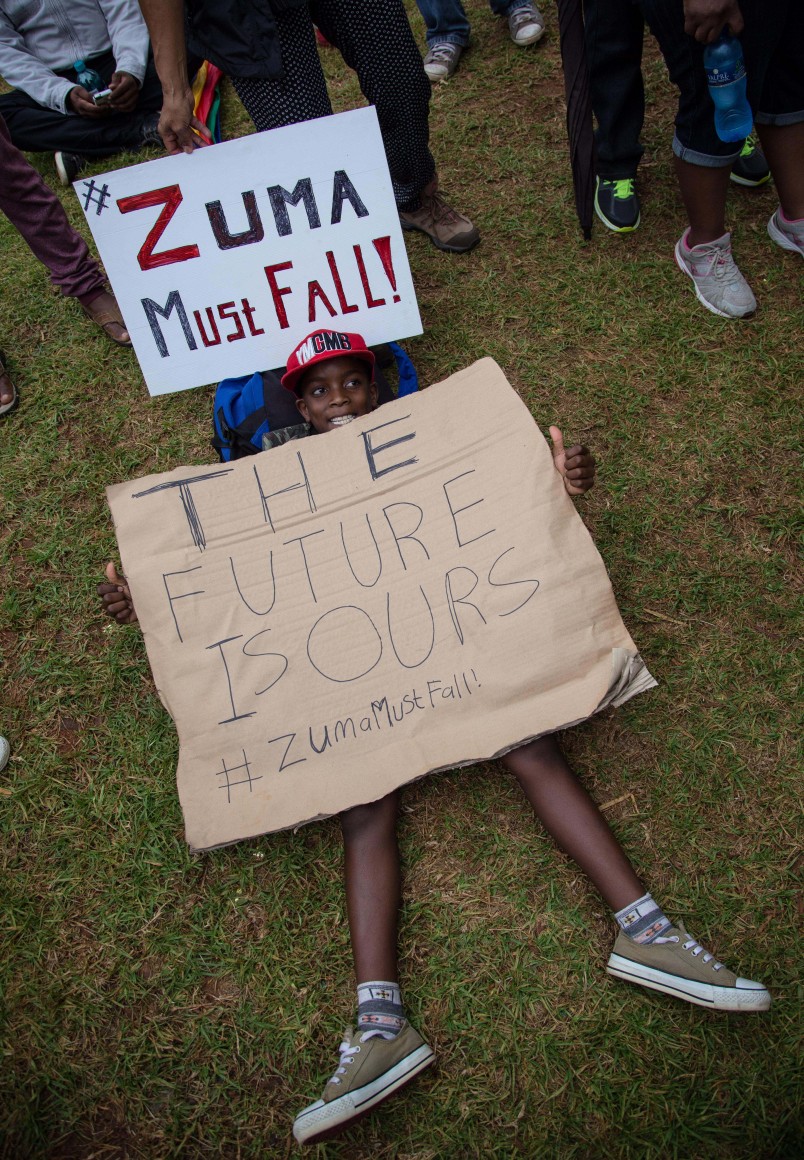 #Zumamustfall is the hashtag thousands of South Africans are using for the nationwide protest which is calling for the ousting of President Jacob Zuma.

Zuma has faced a massive backlash for dismissing South Africa’s Finance Minister Nhlanhla Nene and replacing him with ANC MP Des van Rooyen. The news was announced last Wednesday and threw investors worldwide into chaos with the sudden appointment of an inexperienced and unknown politician.

Now the country faces an even more confusing state of affairs as Zuma has announced the third Finance Minister within a week reappointing Pravin Gordhan on Monday. The pronouncement propelled the people of South Africa into action, angering thousands who suspected the reasons behind the sudden move by Zuma were of dubious motives. This has further damaged President Zuma’s reputation both in the country and worldwide.

Various people have voiced their discontent with Zuma’s government during the protests, Bishop Jo Seoka, the Anglican Bishop of Petroia, said “it’s about time he goes. He is making too many blunders. He is destroying what people have stood and died for over the years.”

“We need a leadership that is decisive and has a vision. We must be bold enough to say it’s enough.”

Theresa Giorza, a university teacher told AFP, “we had such hopes in 1994 because of all the struggles to remove apartheid.”

“There were good leaders in place, and support for ANC at home and abroad,” she continued.

“Over time, lots of people started to feel it was going wrong. It has gone from bad to worse. Now it’s just rotten.”

However, many have criticized the protests on Twitter saying they are a call for action by the whites of South Africa who many argue stayed quiet during the demonstrations against the fee increase in South African universities which generally affected the poorer parts of the community, the majority of which are black. Others, however, have said it is not a matter of black or white rather something that all people of South Africa should stand together for and fight.

In the aftermath of the country’s financial ministerial turmoil there has been a dramatic loss for the rand worrying many especially with unemployment high in the country at 25 percent and growth in the country barely moving. It looks like Gordhan will have his work cut out for him.