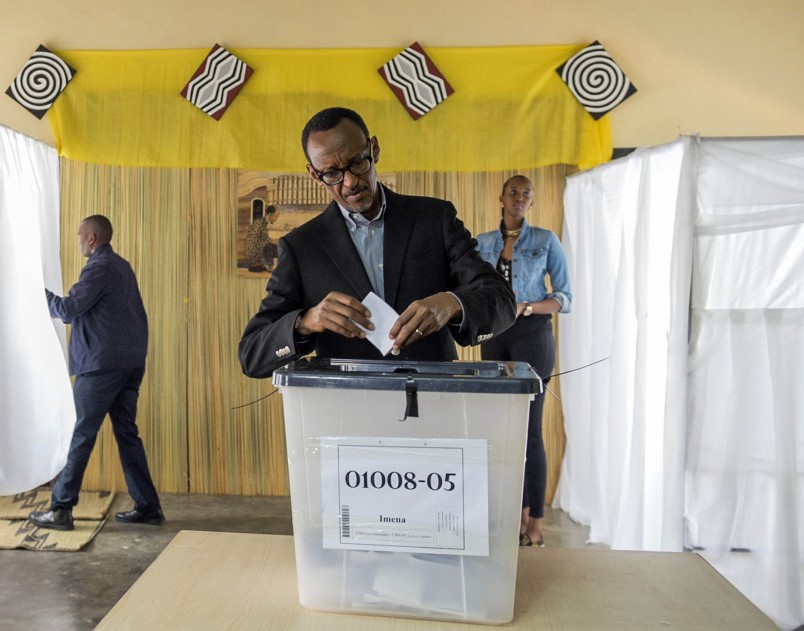 Rwandans living in the diaspora took to the polls yesterday to vote on the proposed amendment to the constitution whilst voting for those residing in the country will be taking place today. The constitutional amendment, if it goes through, will allow President Paul Kagame to run for a third term. Currently the constitution states that a president may only serve two terms.

Earlier this year, 3.7 million people in Rwanda signed a petition requesting that the term limits be changed in order for Kagame to run again. Many in Rwanda support Kagame running for a third term due to the economic growth and stability he has brought to the country since the genocide.

Zeno Mutimura, a member of parliament said at a campaign event yesterday which was in support of the amendments, “the people have asked that the constitution be changed so that the president can stand for re-elections in 2017 if he decides to run.”

Whilst many inside of the country are openly in support of the changes numerous international observers have spoken out in protest.

The High Representative of the European Union for Foreign Affairs and Security Policy, Federica Mogherini said, “the adoption of provisions that can apply only to one individual weakens the credibility of the constitutional reform process as it undermines the principle of democratic change of government.”

Currently, there are only a few voices challenging the amendments coming from inside the country due to fear of persecution. Political opponents of Kagame and his party, like the the Democratic Green Party of Rwanda (DGPR), have stated that they could not campaign and even took legal action in protest of the referendum however they were unsuccessful.

Deutsche Welle (DW) reported that there have been reports of security officials forcing citizens to assemble at events in support of the referendum where they are then told they have to vote ‘Yes’. This raises suspicions that the popular call for Kagame may have false elements to it.

On the other hand, President Kagame when asked if he would like to rule indefinitely, answered, “I don’t want. Ask Rwandans who are asking me why they want me,” and he has yet to announce whether or not he plans to run in 2017.

Whilst speculation over the validity of the push for Kagame’s third term have been raised these suspicions do not seem enough as of yet for the international community to become involved.