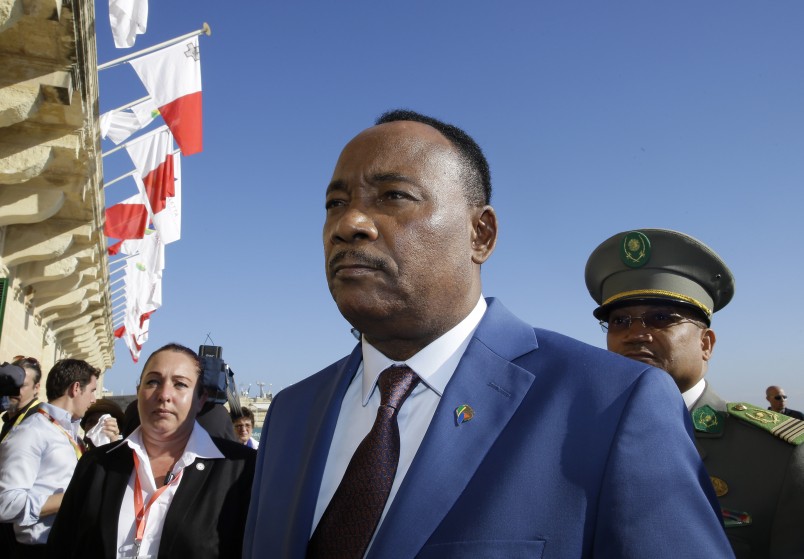 It was announced yesterday that nine military officers in Niger have been arrested on suspicion of planning a coup in the country.

“Nine officers identified as responsible for the attempted coup have been arrested and will be presented before a military court,” Niger’s interior minister Hassoumi Massaoudou said.

On December 17 Niger’s president, Mahamadou Issoufou, announced on national television that his government had foiled an attempted coup as well as arresting people who were involved in the plot.

“The government has just foiled an evil attempt at destabilisation,” Issoufou said.

“The objective of these individuals, motivated by I don’t know what, was to overthrow the democratically elected power.”

“They envisaged using aerial firepower and they have for some weeks deliberately blocked [those military assets] in Niamey that I was pressing them to send to Diffa to the front for the struggle against Boko Haram.”

However, the day after the president announced the government’s victory an opposition figure stated the claim was false.

“Rather, he (Issoufou) has created a lot of problems around the election and has taken fraudulent actions with the electoral list.”

The alleged coup comes at a time of high tension in Niger as the country gears up for presidential elections next year.

The elections are due to take place on February 21 and as pressures grow many critics are accusing the president of repressing opposition to the government.

The opposition have claimed that the ruling party were interfering with the electoral process and that there was an evident “allegiance” to Issoufou held by the constitutional court which authorises candidates and the election results. The government agreed to audit the electoral register ahead of the vote next year.

Niger has a long history of military coups including the upheaval that brought the current government into power. Mahamadou Issoufou was elected president in 2011, one year after a coup which overthrew president Mamadou Tandja who at the time was attempting to keep power beyond the constitutional two-term limit in Niger.