Home>African Future>How Africa can fight climate change by saving trees
By Thierry Durand - 23 December 2015 at 2:04 am 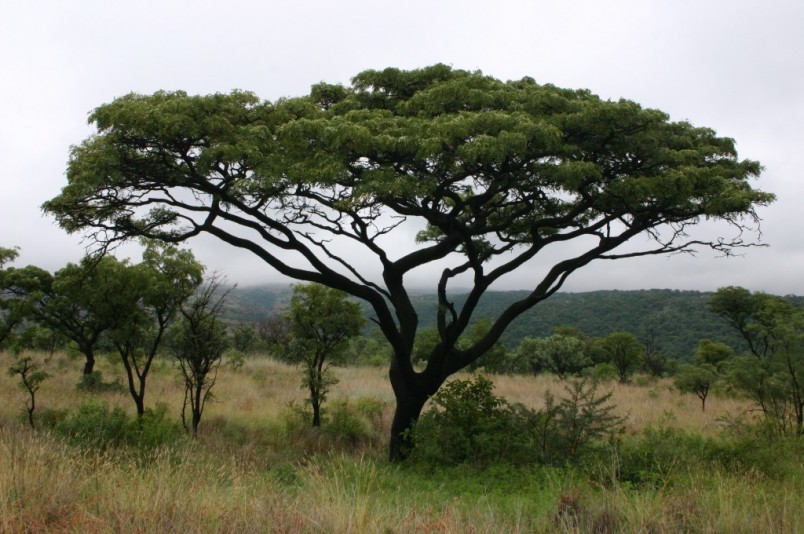 “Paris is over. Now comes the hard part,” announced every obvious headline from the New York Times to the Bangkok Post, and most places in between. Heading back on the flight home, one wonders what the final signing of a climate change agreement really meant to delegates like Gabon, Democratic Republic of Congo, or Cameroon, whose country’s are set to play a vital role in the reduction of global greenhouse gas emissions.

For nations in west-central Africa, the magnitude of the challenge ahead isn’t limited to the disproportional impacts of a problem they didn’t cause, the poverty of their people or the comparatively limited funds they have to commit to a carbon-free future. That’s because their homes are critical in creating that future, and their lives intertwined with one of the largest rain forests in the world, second only to the Amazon and described by one advocacy group as “the lungs of Africa.” The carbon sequestration provided by the tropical Congo Basin forest is a solution for how the entire world breathes, too. The carbon trapped in the trees today, particularly in the DRC, is equal to about four years’ worth of the planet’s current manmade emissions. In Africa, deforestation is also the greatest source of emissions.

So these African nations have much to celebrate, but they also have obligations to succeed in protecting these vital organs of the global ecosystem – and they need the political will to do so when faced with the pressure of population increases, poverty and the growth of palm oil plantations. Competing economic and national interests, within and between countries, need to be resolved so that the entire global community meets its goals.

To ensure the protection of the forests, a coalition of African countries negotiating on the sidelines of COP21 worked out a deal to join forces with international donors and launch the groundbreaking African Restoration Initiative. Endorsed by the African Union and with 10 nations on board, AFR100 is the first-ever African regional initiative with a goal to restore 250 million acres of carbon-sunk forest by 2030, and reverse the negative impacts on sustainable economic growth caused by poor farming practices, logging, and wood burning for energy.

“With forest landscape restoration we’ve seen agricultural yields rise,” said Vincent Biruta, Minister of Natural Resources in Rwanda, explaining that AFR100 is holistic in its approach to economic and social development as well. The 10 nations are joined by nine financial partners and 10 technical partners to help deliver what Dr. Andrew Steer, CEO of World Resources Institute, calls “Africa’s gift to the world.”  He underscores again the African opportunity – and sobering responsibility – for climate change success.

Partnering with Africa to protect its forests

The 250 million acres (100 million hectares) account for just one-seventh of African land available for restoration, and this effort to protect not only a key greenhouse-gas strategy, but the livelihoods and prosperity of Africans, is one of several programs designed to halt desertification and development. The vision of a “Great Green Wall” from Senegal to the Horn of Africa is among them; the United Nations Development Program, along with the European Union and World Bank, have also announced a new deforestation prevention program called the Central African Forest Initiative (CAFI). Six African nations, including DRC, Central African Republic, and the Republic of Gabon have been charged with developing national investment plans with high-level accountability for CAFI success. But these nations have many barriers to overcome in order to achieve climate goals, and the return trip from COP21 leaves them with a fair share of tricky policy choices within the global framework.

The DRC is one example. The Congolese participate in both CAFI and AFR100, which differ in their scope and geographic presence. The CAFI initiative has $250 million in funding to date, including a $47 million per year commitment from Norway through to 2020. DRC officials have pledged to reduce emissions and poverty through sustainable development, but the nation has also recently signed the damaging 050 law, which will place under threat the country’s pledges to protect forests. However, there is no doubt that Western partners will expect targets to be met and laws to be enforced if the funding is to continue. Earlier this year, Norway and Britain pulled $186 million from a different Congo Basin Forest Fund over concerns about program oversight, transparency and measurable results.  In the DRC, corruption, fueled by global demand arising notably in China, continues to hamper enforcement of existing forestry laws, with catastrophic impacts if loggers aren’t reined in

Gabon, one of the river-basin watershed nations committed to CAFI, stands in contrast as a leader in a region that needs one. The demand for its products – including a rare tree that can take 500 years to grow – has increased, but Gabon works to preserve its ecosystem and enforce its laws. Conservation officers have arrested 30 people since October, including government agents. As with its neighbors, Gabon struggles to balance sustainability with its aspirations in an emerging economy, and some exploitation of its potential for palm oil production, rubber plantations, timber processing and food production may increase. But the country banned logging exports in 2009 to help protect its forests, and it invests in its communities with public education and development geared toward sustainability. Etienne Massard, Secretary General of the Gabonese Presidency, has already made clear that Gabon is keen on pursuing the regional initiative and “it looks forward to working with other countries in the region […] to share its advances in land use planning, monitoring of forest trends using satellite technology and forest carbon inventory”.

Finding a balance is precisely the hard work that began after Paris, and it’s the hard work all nations now encounter. The success of CAFI, AFR100 and other initiatives largely depends on the stewards of these African forests to meet their obligations, but it also requires the support and technical assistance of the rest of the world – a world that perhaps, at last, understands just how desperately we need it.

Thierry Durans is an environmental development consultant based in Paris with 5 years of experience of working in West Africa.