Home>News>UNICEF: Boko Haram conflict forces one million children out of school
By AT editor - 23 December 2015 at 12:13 pm 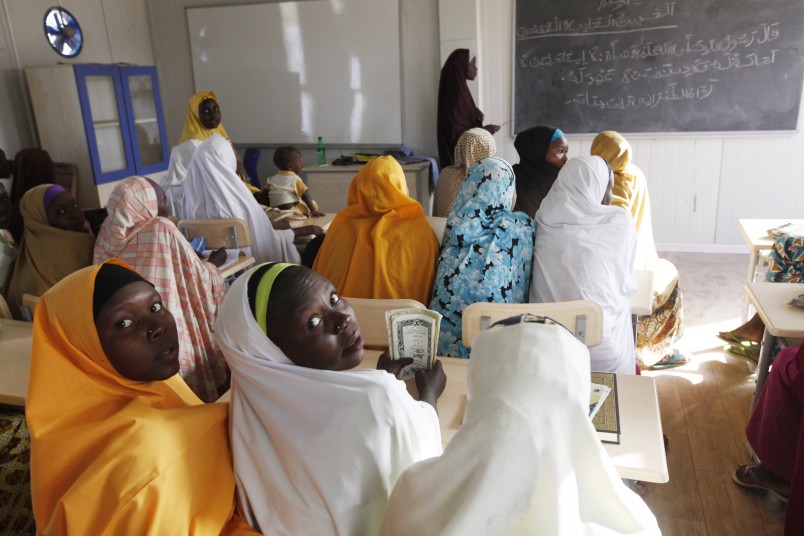 The United Nations Children Fund (UNICEF) stated on Tuesday that “a staggering” one million children have been forced out of school due to conflict caused by Boko Haram. The “violence and attacks against civilian populations in northeastern Nigeria and its neighboring countries have forced more than 1 million children out of school.”

UNICEF said that these attacks have been “a huge blow for education in the region.

“Across Nigeria, Cameroon, Chad and Niger, over 2,000 schools remain closed due to the conflict – some of them for more than a year – and hundreds have been attacked, looted or set on fire.

“In far north Cameroon, only one out of the 135 schools closed in 2014 has re-opened this year,” UNICEF continued.

Boko Haram has been blamed for the conflict in the area forcing children out of school in order to stay safe. “Schools have been targets of attack, so children are scared to go back to the classroom; yet the longer they stay out of school, the greater the risks of being abused, abducted and recruited by armed groups,” said Manuel Fontaine, UNICEF’s West and Central Africa Regional Director.

The Nigerian militant Islamist extremist group, Boko Haram, has been operating since 2002. The official name translates to “People Committed to the Propagation of the Prophet’s Teachings and Jihad” – whilst initially they concentrated on opposing Western education they have more recently focused on their political agenda; creating an Islamic state. It wasn’t until 2009 that the group began using military operations and in 2013 they were officially labeled a terrorist group by the United States. They are known to recruit poor Muslim families and use children for military campaigns. According to the BBC the area of northern Nigeria is known to breed militant Islamist groups however over time most have been eradicated but Boko Haram is one of few that have continued to live on and have increasingly gained supporters making them even more lethal.

Whilst many children are unable to attend school those who can are facing another problem – several schools in the area are being used to house those who have been forced to flee their homes due to the violence. “Some school buildings are still being used to house the large numbers of displaced persons seeking shelter in the region,” UNICEF reported.

Teachers are also forced to live in fear as “approximately 600 teachers have been killed since the start of the Boko Haram insurgency.” Those teachers who remain have been taking on double shifts in order to enable more children to attend school.

UNICEF, along with government, NGOs and other organisations have helped set up temporary spaces for learning as well as renovating and expanding schools in order to reach 67,000 children. UNICEF has also “trained teachers on psychosocial support” and delivered learning materials to “more than 132,000 children uprooted by conflict”.

Whilst UNICEF reported what progress has been made, concerns over the security situation in the affected countries are seriously hindering major progress in the field of education.

The organisation said only 44 percent of the funding that was required for this year to “respond to the humanitarian needs of children in Niger, Nigeria, Cameroon and Chad” has been received. For the next year UNICEF said they will need $23 million to deliver education to the children affected by the conflict.