Home>Articles>Ethiopia should “allow journalists to do their jobs"
By AT editor - 29 December 2015 at 12:47 pm 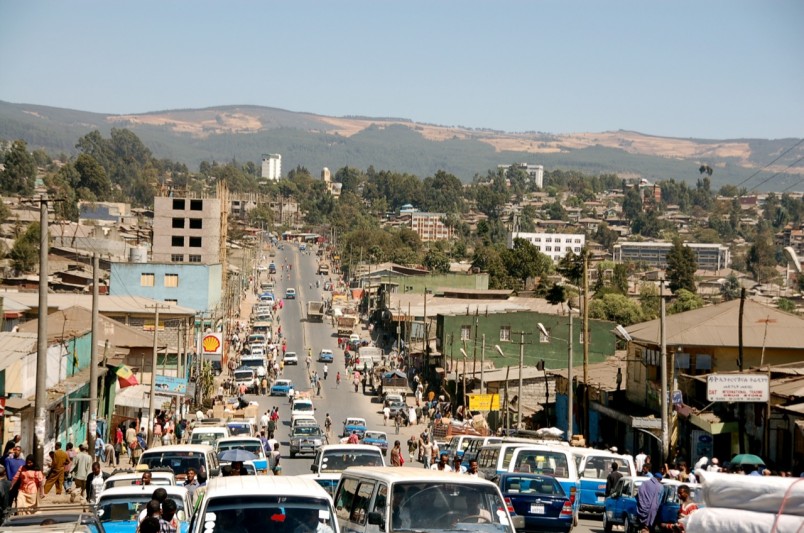 Two journalists have been arrested by the government in Ethiopia as deadly demonstrations continue in the Oromia region. The Committee to Protect Journalists (CPJ), an independent nonprofit organization promoting press freedoms, on Sunday released a statement calling “on authorities in Ethiopia to release the editor-in-chief of Negere Ethiopia online newspaper, Getachew Shiferaw, who was arrested on Friday”.

Shiferaw’s arrest on Christmas day comes after the arrest of Fikadu Mirkana, a news anchor for the state-run Oromia Radio and TV broadcaster. Mirkana was taken into custody from his home in Addis Ababa on December 19.

Sue Valentine, CPJ’s Africa Program Coordinator, said, “Ethiopia prides itself on development, but economic growth is a hollow achievement if the public does not enjoy fundamental human rights such as the right to receive and share information and divergent viewpoints.

“Authorities should immediately release Getachew Shiferaw, drop all charges against him, and allow journalists to do their jobs.”

After police were given permission to hold Shiferaw for 28 days when he appeared in court on Saturday, reports have suggested that he is likely to be charged under Ethiopia’s Anti-Terrorism Proclamation. Police suspect the journalist of inciting violence by using social media as well as recruiting for the opposition party, Genbot 7, reported the online publication Negere Ethiopia.

Ethiopia’s 2009 anti-terrorism law has come under much international criticism as it is seen to prevent the freedom of the press. It criminalises any who are considered by the government to provide “expertise or moral support” for a terrorist act or organisation. Many have suggested that the proclamation enables the government to “criminalize independent political coverage and infringe on press freedom as guaranteed by the Ethiopian Constitution.”

The government, on December 24, has also ordered five members of the Zone 9 blog to appear in court on December 30 after they were acquitted of terrorism charges back in October. Soleyana, one of the five bloggers, told CPJ that the prosecution is appealing their acquittal.

In the midst of criticisms over the lack of press freedoms in the country the government continues to crack down on protestors.

The protests started when students began resisting the government’s idea to expand the capital’s administrative control into the Oromia region. The region spans across the country and houses a third of the Ethiopian population. Whilst to begin with the protests were sparked by students they have been joined by farmers and other residents from the area.  At least 87 protesters have been killed thus far however accounts of how many have died vary.

The ruling party which has been in power since 1991 has been accused of suppressing dissent in the past. “Authorities use arbitrary arrests and politically motivated prosecutions to silence journalists, bloggers, protesters, and perceived supporters of opposition political parties,” Human Rights Watch reported.