Home>Commentary>Will China's naval base cause friction with the US?
By Dr. Andrew Gawthorpe - 3 January 2016 at 10:17 am 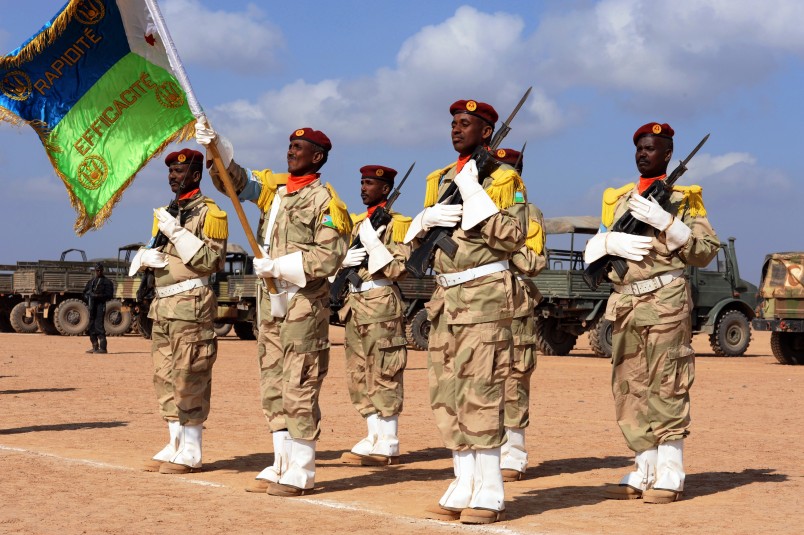 Djibouti’s recent decision to host a Chinese naval facility caught many Western analysts flat-footed, showing how difficult it can be to predict the behaviour of wily autocratic regimes like that of President Ismail Omar Guelleh – or, for that matter, the government in Beijing.  China chose this small country on the Horn of Africa as the location of its first overseas military base since the founding of the People’s Republic of China in 1949, raising the question of whether the Sino-American dynamic in Africa might be moving to a new, more competitive – perhaps even militarized – phase.  For a region which has suffered from being the focus of outside power struggles before, the question is pressing.

China, which claims that non-interference in the affairs of other states is a central plank of its foreign policy, has long disclaimed any intention to build military bases abroad.  Beijing has even criticized the United States for what it regards as its “militarized” approach to Africa.  Yet the only permanent U.S. military base on the continent is Camp Lemonnier in Djibouti, a country that also hosts French and Japanese facilities.  The new Chinese facility is a highly significant step away from the country’s traditional approach to the continent, which has focused on diplomacy and trade much more than security.

In the early years of decolonization across Africa, China’s relations with the newly-emergent states was based on their shared identity as developing countries who had been victimized by Western powers and China’s desire for diplomatic recognition and support in bodies such as the UN General Assembly.  But since Chinese President Jiang Zemin launched Beijing’s “Going Out” strategy of aggressive overseas commercial expansion in 1996, economic ties between China and many African countries have grown at an exponential pace and have come to define the relationship.

Protection of these commercial interests, and the many Chinese citizens who now live in Africa, is undoubtedly one reason for Chinese interest in a base in Djibouti.  Civil strife in Libya in 2011 and in Yemen last year stretched the capabilities of Chinese naval vessels dispatched to evacuate Chinese citizens.  Controversy over the Chinese presence in Africa is rising in many countries, and Djibouti represents an island of stability from which Beijing might be able to run future evacuation operations in a region undergoing many upheavals.  It is also conveniently located to provide logistical support for Chinese vessels involved in anti-piracy operations in the Gulf of Aden.

But neither of these factors wholly explains Chinese interest in a Djiboutian base.  With incidents of piracy in 2015 having dwindled to just 1% of those recorded in 2011, the dimensions of the problem appear to be waning rather than growing.  This  begs the question of why China was interested in countering piracy in the Gulf of Aden to begin with despite its nominal policy of non-interference in regional affairs.  Trade doesn’t appear to be the answer.  Africa as a whole accounts for only 5% of China’s total overseas trade, and over half of that is with faraway Angola and South Africa.  China’s commercial ties with countries in the Horn are a tiny part of its overall trade with Africa.

Instead, China’s interest in a facility in Djibouti is much more about its global maritime strategy than it is specifically about the Horn of Africa.  It seems unlikely that China intends to use the new facility to project power across Africa and the Middle East, as the United States does from Camp Lemonnier.  Beijing’s intentions are thoroughly aquatic: it is interested in power projection across water, not land.  The facility in Djibouti is likely to be the first such instalment around the Indian Ocean from which Beijing can in the future protect the maritime trade routes which are so crucial to its economy.  The fact that Djibouti is located at the crucial choke point through which vessels traversing the Suez Cancel must pass only enhances its attractiveness as a base location.

China’s goals for the new base means there is little reason to think it heralds the beginning of an era of Sino-American confrontation in the Horn of Africa – at least not yet.  During the Cold War, the U.S. and the Soviet Union engaged in a zero-sum struggle in which the countries of the Horn of Africa were forced to take sides.  In the 1970s, warfare between Somalia and Ethiopia was fuelled by the superpower competition and the readiness of the superpowers to arm their client states.  The U.S. and China have both worked hard to avoid the appearance or reality of a Cold War-style competition in Africa, and Djibouti’s ability to play both sides is a welcome sign that for now this dynamic continues.

But there is a risk that, as both China and the U.S. increase their involvement in a small and crowded country, tensions in the broader Sino-American relationship might eventually have negative implications for Djibouti.  At the moment, the two outside powers have different goals in the region, and there is little reason for them to come into conflict.  The U.S. uses Camp Lemonnier to prosecute the “war on terror” across Yemen and North Africa, an issue that interests China little because Al-Qaeda and related groups do not pose a threat to Beijing.  China’s own interest in having a base from which it may be able to project maritime power across the Indian Ocean in the future need not conflict with America’s goals either.  Although it remains to be seen how China will ultimately use its growing maritime influence, it would be unfortunate and disproportionate for Washington to react to developments such as this in a way that makes conflict more likely.

Yet President Guelleh needs to be careful.  It suits his purposes to develop a new strategic ally at a time when he is under pressure from Washington over democracy and human rights.  But he risks creating a situation in which, if Sino-American relations worsen or even break out into open warfare at some point in the future, Djibouti and the wider region could be forced to take sides or even become a theatre of hostilities.  Such a conflict would not be likely to have its origins in regional issues, but would affect the region nonetheless.  By being so promiscuous in his choice of international partners, Guelleh has hence made the future of his country dependent on decisions made in faraway places by much more powerful countries.  The great blessing that Djibouti has in its strategic location, which Guelleh has leveraged to garner many benefits from the country’s partners, could then become a “location curse”.  Wily as he may be, it is now no longer in Guelleh’s power to ensure that such an eventuality doesn’t come about. 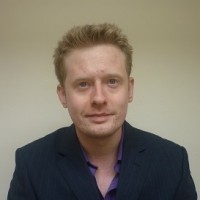 Andrew is a Research Fellow in the Belfer Center at the Harvard Kennedy School, where he specializes in international security.

He was formerly a Teaching Fellow at the Defence Academy of the United Kingdom.