Home>African Future>CAR: 20 candidates call to suspend the vote count
By Editorial Board - 5 January 2016 at 12:10 pm 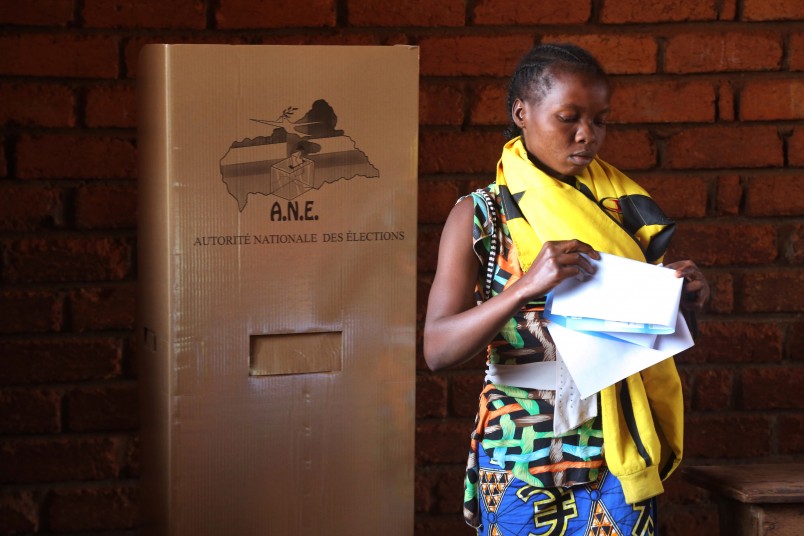 20 of the 30 candidates competing for the position of president in Central African Republic have demanded that authorities halt the vote count due to what they consider to be abnormalities in the ballot, reported Reuters.

Polling stations opened on the morning of Wednesday December 30 after numerous delays. The hope was that these elections would bring much needed stability to the country and the return to democratic rule in CAR.

Since President Francois Bozize was ousted in March 2013 by a mainly Islamic rebel alliance, the Seleka, violence has erupted triggering the country to spiral into crisis. The group then appointed Michel Djotodia, a Muslim, as the head of state in a predominantly Christian nation. CAR has only recently started to find some stability after Djotodia was pressured to resign in January 2014 by regional actors. He was replaced by Alexandre-Ferdinand Nguendet serving as acting president and finally Catherine Samba-Panza was elected interim president.

Theodore Kapou, speaking on behalf of the other candidates said, “The election … revealed a grave lack of organization, multiple irregularities and intimidation in the way the vote took place that fundamentally call into question the sincerity and transparency of the election.

“We demand pure and simply that this set-up be stopped and we invite all relevant actors to sit round a table to figure out the best way to save the nation.”

Former prime minister Faustin-Archange Touadéra is currently in the lead with a quarter of the votes counted, Anicet-Georges Dologuélé also an ex-prime minister is coming in second and Desire Kolingba, the son of a past president at third.

The voting process was considered to have gone on without any major incidents and the international community considered it a success, The Guardian reported.

However, accusations of fraud surrounding the elections brought by the 20 candidates has created questions over the legitimacy of the process. The belief held by the contenders is that if the process is halted now it will prevent future disorder in the country over the final, possibly fraudulent, results.

Tibor Nagy, the Assistant Secretary for African Affairs for the United States, will begin a…