Home>Commentary>Nigeria: the missing gaps in the new budget
By Erukilede Julius - 7 January 2016 at 6:06 pm 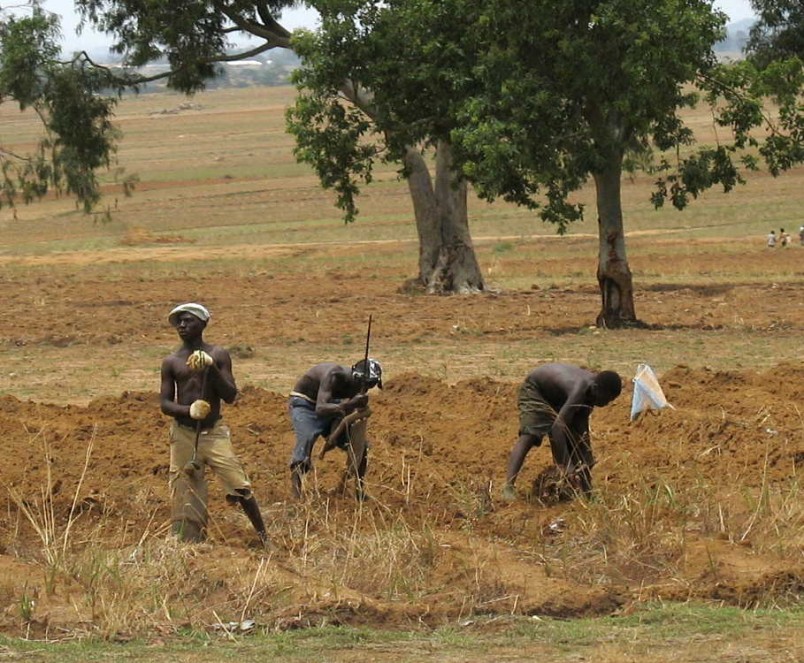 On December 22 2015, the Nigerian President Muhammadu Buhari presented his inaugural N6.08 trillion budget proposal to the joint session of the Nigerian National Assembly. For an administration which ascended to presidency on the change mantra, Nigerians were not surprised at the modestly reflationary budget geared towards the spluttering domestic economy at least in the short term to cushion the effect of the hardship Nigerians are facing. The support for this government during the election period has put a lot of responsibility on its shoulders.

Prior to this period, Nigerians took little to no interest in the governance of the country. The citizens are used to focusing on their own business leaving governance to the politicians who in the process milked the state. But the recent revelation of massive corruption in the office of the National Security Adviser provoked Nigerians to look more closely at the administration of the country. More Nigerians are now interested in the prudent management and utilisation of the resources solely for public good. Hence, the scrutiny that the 2016 budget has undergone.

When the president presented the budget, he stated that the it was geared towards positively impacting Nigerians. And in view of the falling revenues from oil, the budget is not only bold but it is also ambitious. Nigeria budget is N6.08tr in this fiscal year with a deficit of N2.22tr financed by both oil and non-oil revenues. Although the budget will be financed by huge deficit attracting criticisms from various analysts including the major opposition party in Nigeria, the budget is within an acceptable threshold of debt to GDP ratio. The deficit is approximately 3 per cent and an overall debt profile of 14 per cent of Nigeria’s GDP.

For the first time, capital projects will gulp approximately 30% (N1.8tr translating to an increase of N557bn on the 2015 budget) of the entire budget. This is in its bid to address the decayed infrastructure synonymous to Nigeria. The critical sectors of the economy that have suffered neglect receive special attention in the budget. The Works, Power and Housing got the lion share with an allocation of N433.4 billion; Education got N369.6 billion. And in its efforts to decimate the dreaded boko haram and other internal crises, the Defence was allocated N294.5 billion while Health sector got N221.7 billion.

But a careful look at N6.08 trillion 2016 budget tagged “Budget of Change” proposal reflects stunning similarities with the past ineffective ones. This has prompted Nigerians to questions the true definition of the change promised by the ruling party.

The proposed budget will not substantially solve the many economic challenges the country is entangled in. The continued downward trend of crude oil prices in the international market, the lack of diversification of the Nigerian economy and lower tax revenue have conspired to put a big “if” in the implementation of the budget. Nigerians have not forgotten the lack of implementation of past budgets raising concerns that this year’s may fall victim just as the past one’s have suffered.

Curious enough, it is based on the oil benchmark of $38 per barrel and production estimate of 2.2 million barrels per day. On account of this, the projected revenue from oil in 2016 is only N820bn. But the current price in the international market is less than the budget benchmark. Although there is some expectation in the presidency that the oil price will rebound; the recent trends and predictions show that this is by no means certain.

The non-oil revenue from Company Income Tax, VAT and Customs and Excise is expected to yield N1.45tr into the coffers of the government.  But, the non-oil revenue raises more questions than answers regarding projections just like the oil revenues. The government assumes it will raise more revenue from company tax, customs duties and taxes but this projection may not be achievable considering the present economic situation in the country. The growing list of prohibited items and challenges in sourcing foreign currency have slowed importation negatively affecting revenue from custom and excise duties.

Even if the government increases its tax rate and tax base, the projection remains illusory. But even an increase in the VAT rate will not give succour to the budget. And in the last 2 years, manufacturing has slowed and more companies are closing operation. This will have a negative effect on the company income tax and put a spanner in the implementation of the proposed budget.

Accountability and Culture of Waste

While Nigerians voted for accountability in governance, the Buhari administration seems not to have learnt from past mistakes going by the figures allocated for some projects in the budget. During the twilight of the Jonathan administration, the former Minister of Aviation allegedly bought two bullet-proof BMW cars at a staggering sum of $800,000 each which generated heated arguments both at home and abroad. But this administration seems to be falling into the same murky water.

It is surprising to see the government allocate N3.6b for high-end luxury BMW saloon cars. The argument put forward by the president that the vehicles are needed for foreign guests is flimsy at best. Nigerians voted for change and expected that the culture of waste be jettisoned. In a country that has practically banned the use of credit cards for dollar based transactions – one wonders if these luxury cars will be paid with Naira. As a government that prides itself in being a supporter of Nigeria-made goods rather than imports, there is no better time for the government to match its words with actions – through buying from indigenous manufacturers and assemblers.

Beyond these issue, Nigerians are wondering why the numbers of cars that need to be bought are not specified in the budget details. This leaves room for possible corruption and manipulation that has characterised past administrations. While common sense demands that this government should distance itself from controversy, the 2016 budget has left room for the repetition of the fraud that Nigerian civil servants are notorious for.

Furthermore, the N189.1m allocated to buy tyres for the bulletproof and regular Mercedes Benz cars and other luxury fleets in the Presidency under the “utility and operational vehicles” calls to question the integrity of the Budget of Change. Expenditure like the N39.8m for the purchase of an unspecified number of 200 amps, 100 amps and 60 amps Mercedes Benz batteries for bulletproof vehicles and 27m for the purchase of C-Caution triangles, fire-extinguishers and cables are spurious and needless at this point. Money is simply being thrown in the same manner past government’s have managed Nigeria.

One wonders how a country as broke as Nigeria can afford to spend N387m on general renovation of the Guest House; N27m on computers; N45m on completing the furnishing of the Guest House; and a colossal N764m for the construction and provision of recreational facilities in the Presidency. The funding going into such seemingly extravagant items makes one begin to ask questions like; what happened to the former computers at the state house?

The Jonathan administration could be accused of all sorts of corruption and scandals, but it would be overkill to suggest that it left no property or infrastructure to the Buhari administration for the new government to budget such huge amounts for what seem like needless projects. Some of the expenses suggest that the administration is starting from scratch, which is far from the truth.

Although President Buhari has distinguished himself as one of the few trustworthy Nigerians, trust in him is not enough. Nigeria needs a strong institution beyond the integrity of Buhari as an individual. Nigeria seems to be swimming on the same old path – building strong individuals rather than institutions. One would have expected the MDA’s Efficiency Units as instituted by this administration to have identified and eliminated wasteful spending, but curiously, duplications and other inefficiencies of the past largely remain in the budget of change.

However, despite many similarities with the old orders, should the 2016 budget be implemented wholeheartedly and the identified loopholes and seepage systems are plugged around our national treasury as promised by the president, Nigerians may witness the change they paid for earlier than expected. Nigeria “go” survive!