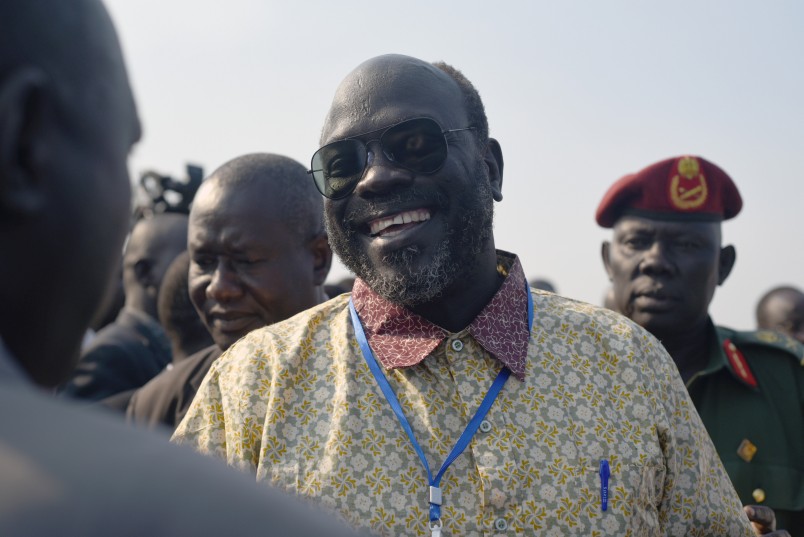 The two warring sides in South Sudan have come to an agreement over the structure of the country’s transitional government after months of peace talks in Ethiopia.

On Thursday the African Union chairman of the Joint Monitoring and Evaluation Commission for South Sudan, Mr Festus Mogae, announced that an agreement had been made based on the peace deal which was signed in August 2015.

A power sharing agreement has been devised enabling ministerial posts to be shared between the government and the rebels. The news of the arrangement was announced by President Salva Kiir on Friday. 10 ministries will be given to the  Sudan People’s Liberation Movement-In Opposition (SPLM-IO) which is headed by former vice president Riek Machar, reported Radio France Internationale, whilst 16 will be retained by the government.

In October last year conditions worsened and hunger levels rose. The United Nations called for immediate access to the country in order to prevent the potential famine.

“Since fighting broke out nearly two years ago, children have been plagued by conflict, disease, fear and hunger,” the United Nations Children’s Fund (UNICEF) representative in South Sudan, Jonathan Veitch, said in a press release in Ocotber.

However, thousands of civilians are continuing to arrive at UN camps even as efforts are being made to end the conflict. 10,000 civilians have fled to a UN peacekeeping base in Bentiu, in the Unity region, AFP reported.

The hope is that the transitional government will stabilise the country and enable the citizens to reach a level of normality and peace. However, some international observers are not so confident, stating that the power sharing deal is not going to deal with the root cause of the problems the country faces.

The former director of the UN mission in southern Sudan, Peter Schumann, told DW that he considers the agreement to only be a production of outside pressures rather than an in-house deal.

“In my view this agreement on who takes which ministry is a result of external pressure but not a result of an internal political process or a sense that the war should stop,” Schumann said.

“Now, a government with thirty ministers on such shaky ground where there is no trust between the protagonists can simply not work. If I look at the list of the ministries, there is so much overlap, that you cannot really define the responsibilities of each ministry. This government is not going to be able to deliver services, in particular security and safety for the people of South Sudan,” he continued.

The conflict in the fledgling state has created a humanitarian crisis forcing 2.3 million people to leave their homes, 4.6 million now require emergency food aid and tens of thousands have died. The expectation is that with the world watching changes will be made, however, many stay skeptical.