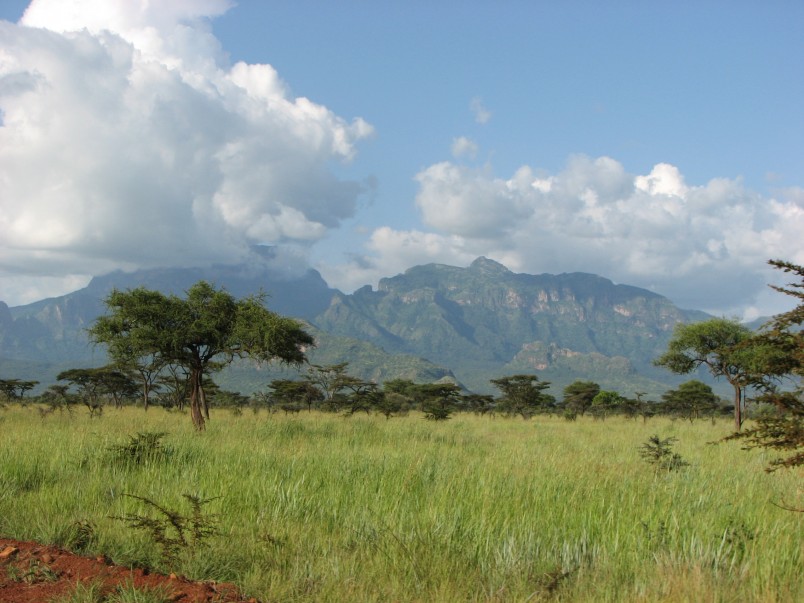 The terminology  “new breed” of African leaders was in vogue in the 1990s. These new breed included; Yoweri Museveni of Uganda, Paul Kagame of Rwanda, Laurent Kabila of DRC, Meles Zenawi of Ethiopia and Isaias Afewerki of Eritrea. They were fairly well educated and had replaced career military men who had presided over corrupt dictatorships. It was said, by western leaders like Bill Clinton, that these were enlightened men who would usher in democracy in their countries. It was also at a time when the wave of multiparty democracy was sweeping across the continent.

Newly democratically elected leaders like Bakili Muluzi in Malawi, Nicephore Soglo in Benin, Alpha Oumar Konare in Ivory Coast and Fredrick Chiluba in Zambia had come to power under multiparty democracy. However,  these were not the ones being praised as a new type of leaders. Instead, it was those who had waged wars that had cost human lives that were being lauded and characterised as a new breed. The good guys.

Museveni had fought against the military dictatorship of Idi Amin and had come to power after overthrowing General Tito Okello. Zenawi and Afewerki had cut their teeth as revolutionary fighters against Mengistu Haile Mariam, the former Marxist dictator of Ethiopia. Kagame had defeated a genocidal regime after a four year war against the regime of General Juvenal Habyarimana. Kabila had also been installed after a war that led to the demise of Marshal Mobutu’s long kleptocratic rule.

A common thing about these leaders, was that they were former rebel fighters who had mainly used Maoist revolutionary doctrine, to wage war in the countryside and defeat regimes that had mostly come to power through the traditional military coup- that had been the signature method of attaining power in most of Africa. When Clinton used  the phrase “New Breed” he certainly must have imagined that a decade down the road, these men he was fawning over, would have organised their societies into politically pluralistic societies, with basic freedoms guaranteed and people able to freely express themselves.

Certainly, it was imagined that these were the men who after introducing real full fledged democracy would carry out transitions into the era of political stability, where power would be smoothly handed over to the next generation of leaders. Almost two decades later save for Kabila and Zenawi who died in office, the others are still in power and planning on more years of ruling over their poverty stricken nationals. Substantially, whereas they have presided over periods of relative peace and stability and strong economic growth, they have not been the transformational leaders that were imagined.

Those who had optimism in the democratic credentials of these leaders,  had clearly not studied the men, or it was just hypocrisy. Foremost, they had led organisations that were inherently undemocratic, but authoritarian and had sometimes used jungle law to enforce their authority on their march to power.  It is now evident that they could not transition from authoritarian revolutionary fighters to democrats simply because they had captured power. Museveni, Kagame, and Afewerki have shown no signs of willingness to facilitate fully fledged democracy. By the time Zenawi died, he had been severely criticised for post election ruthless crackdown on political protests. Kabila died after leading his country down the path of civil war and had already made dynastic designs, that were fulfilled when his son, (already catapulted to an army general barely five years after joining the military) into his successor.

Museveni and Kagame have already carved out roles in their militaries for their sons, putting them on the path to possible dynastic succession. Muhoozi Kainerugaba, Museveni’s son, a General in the army, commands the elite special forces, while Ivan Cyomoro, Kagame’s son has  had military training at the prestigious United States military academy at West Point. Both are firmly positioned in roles that have traditionally served as a launch pad for possible dynastic succession.

Crucially, the so called new breed have gone out of their way to criminalise and in many cases banish genuine political opponents into exile. Even the possibility of death for some who dare oppose the supposedly enlightened leaders is not ruled out. Afewerki has presided over a North Korea like state that scores at the bottom of any freedom or democracy index reports.

Rwanda is now one of the few freedom of speech black holes on the continent alongside Eritrea. And now Human Rights Watch indicates that the regime in Uganda is also intimidating reporters, and as a result keeping the population ill informed and as such not likely to make reasonable electoral choices.

The current administration in the US and the rest of the donor countries, have been reduced to simply issuing statements; expressing how disappointed they are by the actions of these rulers and others in as far as democracy is concerned. Western institutions of democracy have come out to announce their outrage of the defilement of the democratic process in these countries. Recently  even the editorial boards of media organisations like The New York Times, The Guardian, The Financial Times came out to opine their opposition to the possible life presidency of President Paul Kagame. When Museveni changed the constitution the same message was issued, so was in Burundi and Kabila’s  D.R Congo. But to what end?

Increasingly, these messages coming from western institutions and power centers, are never backed by specific and targeted action that can cause real impact. They are feeble, resigned and ring hollow, if not entirely hypocritical. The rhetoric of western countries is at odds with their actions. All undemocratic countries in Africa, are propped up and held in place by the military. Yet, as the state department condemns undemocratic tendencies in some of these countries, we see no sustained reduction  in military assistance.

Uganda and Rwanda specifically, have committed their troops to the service of the UN  in peacekeeping operations. In such roles, they probably free some of the western powers from committing boots on the ground in such missions. International relations is basically about interests. Therefore, for as long as undemocratic regimes in Africa serve some of the interests of western powers, the rhetoric of the governments in Washington, London or Brussels is going to remain at odds with the actions of those respective administrations. It is a kind of hypocrisy that reminds all that relations among states are rarely guided by issues of morality, but interests.