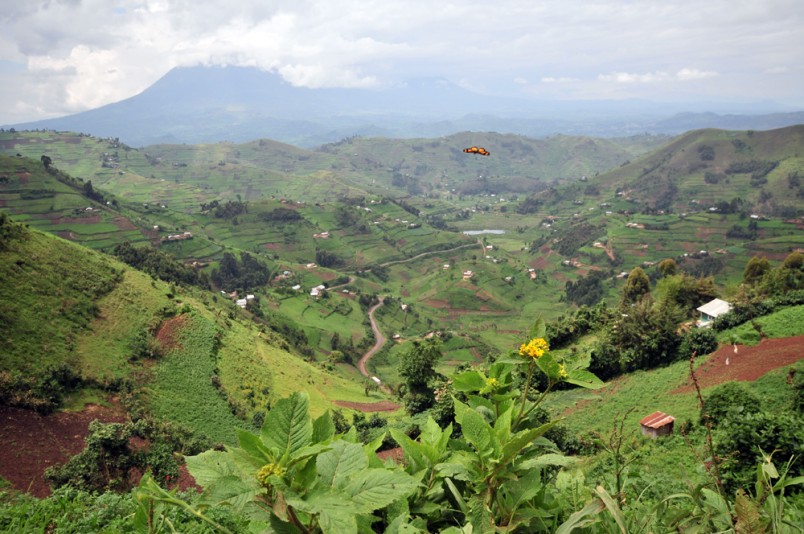 Rugasira is hoping to leverage his decade long experience in getting his coffee onto western retail shelves to do the same for his chocolates. He is under no illusion that he has set himself up for an uphill task as the same dynamics he had to butt his head against in exporting processed coffee are sure to recur with his chocolate endeavour.

Uganda has been exporting coffee and cocoa to Europe for more than fifty years. However this has been of raw beans whose wildly fluctuating prices have wreaked havoc with rural economies unprotected by the boom and burst cycles of international markets.

The largest exporter of raw coffee beans in Africa – in the year to December Uganda exported 3.45 million bags  and exporting about 23,000 tonnes of Cocoa annually, the small East African country has had little to no success selling processed coffee and cocoa to western markets.

Under the generous African Growth Opportunities Act (AGOA), where African countries could export to the US duty and quota free, that was started in 2000, Uganda went with a teaspoon to fetch water from the ocean only exporting about a million dollars in the last five years, most of which was textiles. During the same period the country exported $30m worth of mostly raw commodities to the US.

Rugasira’s for acceptance by the top retailers is chronicled in his book “A Good African Story” in which he battles multiple rejections by buyers, near bank foreclosure and local apathy to his dream of exporting processed coffee.

By sheer force of will he managed to breakthrough but found sustaining the space too prohibitive and has now switched to an online distribution model.

His experience is useful at this time when the shilling shed about 20 percent of its worth against the US dollar peaking at sh3, 700  to the US dollar in 2015, on  the back of a growing US economy and falling commodity prices.

The central Bank of Uganda spent tens of millions of dollars to help stabilise the shilling last year but all observers agree these were only temporary measures. The more long term solution is to raise the country’s receipts from the export of goods and services and slow down the growth in our import bill.

The central bank reported that the country’s balance of payments – the difference between inflows and out flows, has grown almost eightfold in the last decade. The figure rose to $2.3b in 2014/15 from $300m in 2004/05.

Ambitious projects to the build roads, a railway and oil refinery are a major cause of the jump in imports in relation to exports.

The country is looking to the beginning of oil production by 2020 to help redress this imbalance, but economists say a transformation of the economy towards industrialisation and a shift in the nature of the country’s exports away from primary commodities to more processed goods would bring much needed relief.

Rugasira has no doubt in his mind this transformation cannot be achieved without a sustained, deliberate and systematic government intervention.

He says unfortunately in Uganda, which is still in the throes of the Bretton Woods Institutions with their one-prescription-fits-all of privatisation, liberalisation and a general roll back of government participation in the privates sector any attempt is frowned upon.

In that line he argues, the country cannot get away from trying to pick companies to support even if some of them fail. Rugasira argues that it is a fallacy to believe you can only pick winners, pointing to the one-in-three success rate of Private Equity firms, which invest in companies with the hope of recouping their investment on the sale of the company later on.

An alumni from history of economic development from Oxford University said, bore him out as none of the more developed countries built their private sectors without protecting infant industries through protective measures against outside competition and offering sustained support in their attempts to break into foreign markets.

The Uganda Development Corporation (UDC) which served as the government’s holding company is only just being resuscitated after years of national insecurity and laissez faire economic policy during which it was gutted and left for dead.

Rugasira believes there is little chance that Kampala will see sense in his arguments any time soon. He however points to a growing African market of a potential billion consumers, businessmen like himself can use as a launch pad into western and Asian markets.

But he believes African governments moment of reckoning is not far off into the future – speaking of his Uganda country but he might as well be talking about any number of nations on the continent he said. Pressure from youth and urban unemployment will force these governments to the drawing board.

“It is absolutely unsustainable as it is now,” he said.