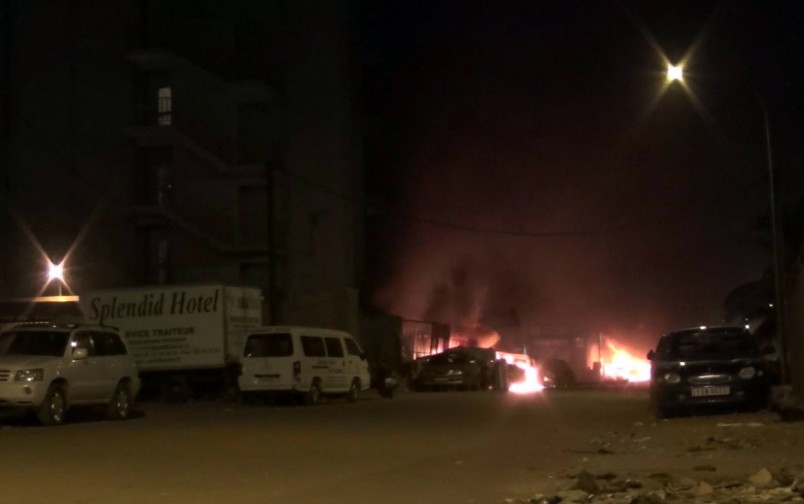 Al Qaeda has claimed an attack in Burkina Faso that has resulted in at least 20 dead and hostages taken at a hotel in the center of Ouagadougou. The Splendid hotel is frequently used by United Nations workers and Westerners.

According to the BBC, witnesses stated that they saw two car bombs go off outside the hotel at 19:30 local time and around three or four masked men stormed in taking hostages.

Security quickly surrounded the Splendid on Friday in order to rescue hostages and take control of the situation.

A United States defense official stated that France has requested intelligence and surveillance from the US and that at least one member of the US military in Burkina Faso was providing  “advice and assistance” to French forces, reported 9 News.

The head of Yalgado Ouedraogo hospital, Robert Sangare, said “For the dead, we do not have a precise figure, but there are at least 20 dead.

“We have had at least 15 wounded with bullet wounds and others who suffered injuries during the panic to escape.”

The French Embassy released a statement recommending that people go home in order to stay safe calling the incident a terrorist attack.