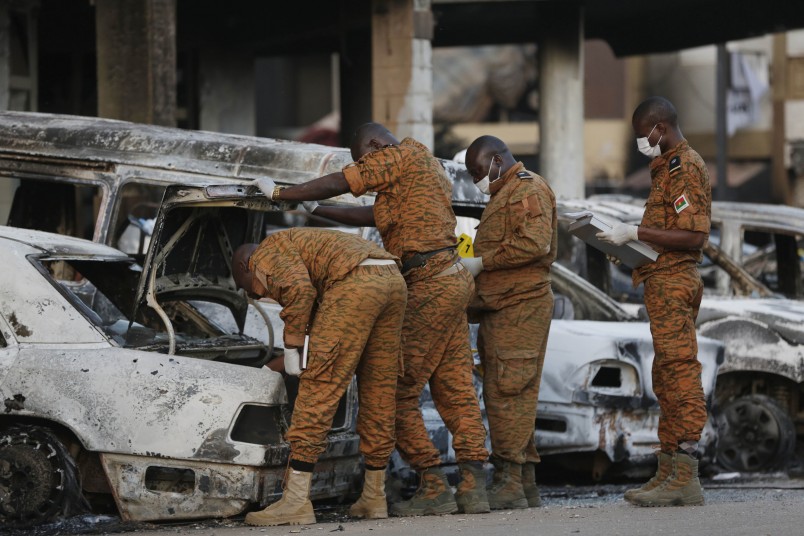 29 people have been killed including 14 foreigners during an attack on a hotel in Burkina Faso. Security forces are looking for any gunmen who could have survived the attack. Simon Compaore, Burkina Faso’s Interior Minister, has stated that security officials are carrying out careful investigations.

ABC News Australia reported that the attack on the hotel demonstrates the expansion of regional jihadists in the west of Africa.

At least two French nationals have been reported as being killed in the attack, the French foreign ministry announced on Saturday.

“Revenge against France and the disbelieving West” have been given as the reasons for the attack by Al Qaeda in the Islamic Maghreb, after they took responsibility for the assault.

In an interview a survivor of the attack told DW “one of the assailants shot in my direction and I was hit in the shoulder, but others were severely wounded.

“Then the French security forces came and freed us.”

An Australian couple have also been taken hostage in the country. The doctor and his wife who have lived in the country since 1972 were kidnapped by the militants late on Friday from Djibo.

The Australian Department of Foreign Affairs and Trade released the indentities of the couple; Dr Ken Elliot and his wife Jocelyn who are originally from Perth.

A spokesperson for the family stated that they are both held in high regard by the community.

“Ken and Jocelyn began their hospital work in the town of Djibo in northern Burkina Faso in 1972. At present they operate a surgical clinic with around 120 beds where Ken is the sole surgeon, supported by a small number of dedicated local staff.

“Their commitment to the local people is reflected in the fact that they have continued there with only a few holidays since 1972. They are held in high esteem by the local people.”