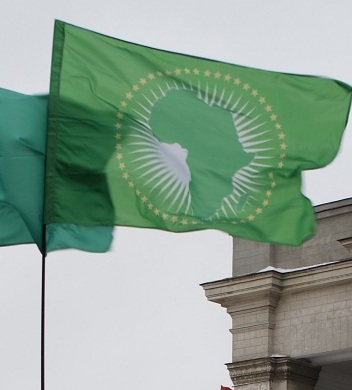 News this week of al-Shabaab seizing an AU base in Somalia follows a year of other major challenges particularly in relation to human rights and states with conflicts.

With numerous elections coming up on the African continent, actions by governments and the AU to enforce rights and good governance are desperately needed. In 2015 several more governments declared their intention to seek unconstitutional third terms in office and state sovereignty arguments continued to be used against AU interventions.

In December amid a crackdown on opposition complaints about his plans for a third term, Burundi’s President Pierre Nkurunziza cautioned the AU against deploying its 5,000 peacekeepers. He warned that failure to ‘respect Burundi borders’ would be considered an attack on the country.

Despite the government’s objections the AU has said it will go ahead with the deployment of peacekeeping troops and continues peace talks headed by Uganda. However it is feared it is too little too late and this latest example of the organization’s repeated failure to prevent countries in the region slipping into chaos, calls its legitimacy into question.

The AU was considered a viable option for Africans to come together and protect the rights of African people particularly after the failures of the UN on the continent as seen during the Rwandan genocide. However the institution has failed in it’s main objective – to look after the people of Africa and represent them as a whole.

Furthermore the well documented human rights abuses of its chairman Robert Mugabe speak volumes of the body’s lack of credibility and its ineffectiveness. Its “continuing effort to get immunity from prosecution by the ICC [International Criminal Court] for presidents accused of gross human-rights abuses” also has contributed to undermine its standing.

In a recent article The Institute for Security Studies (ISS) said the AU should implement “incentive mechanisms to encourage states to ratify legal instruments” especially those pertaining to human rights.

The threat of terror is another major concern on the continent that needs to be addressed by the AU although continued attacks by Boko Haram and the recent bold strike by al-Shabaab on the AU base in Somalia, suggest the organization is not up to the task. The January 7 ambush of a joint AU-UN peacekeeping envoy in the region of Darfur, Sudan, further demonstrated the growing threat.

It seems clear that the AU is failing to protect Africans and its own personnel. If such attacks continue how will the AU function in the countries that need it most?

Looking ahead for 2016 the AU has a lot to work towards, from the big picture – implementing mechanisms to employ human rights – to issues pertaining to particular countries. Can they achieve what they set out to do all along?