Home>Commentary>Nigeria: personal austerity is the new rage
By Erukilede Julius - 20 January 2016 at 5:28 pm 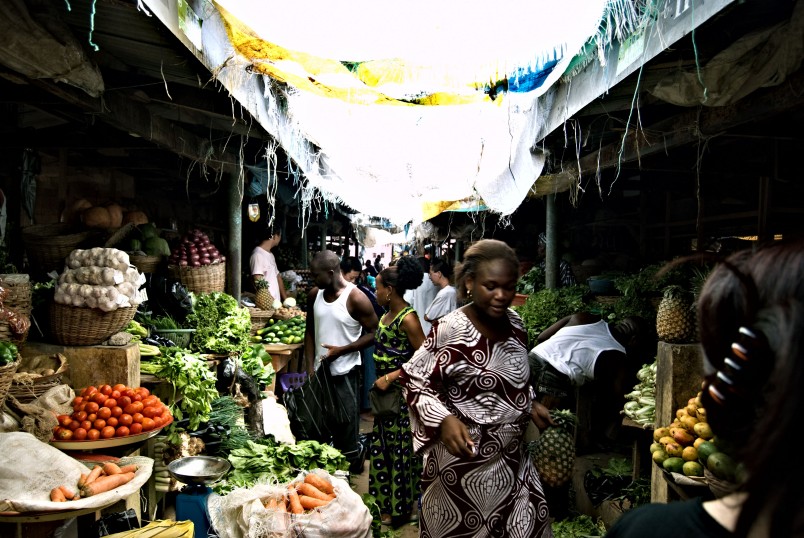 Nigeria is rich in minerals and human resources and yet over 70 percent of the Nigerian population is poor. The reason for the high poverty rate is easy to see; corruption . According to the Transparency International index, it is one of the most corrupt countries in the world. In 2006, Nuhu Ribadu the ex-head of anti-corruption in the country stated that more than $380bn was stolen or wasted by the Nigerian government since independence in 1960.

News coming from Nigeria today shows that the situation has not changed despite several interventions. All three tiers of the government have either stolen or mismanaged the petrodollar which could have been used to build a modern Nigeria with good roads, hospitals, schools, transportation, agriculture, health, political stability, good governance and security. Corruption remains the greatest impediment to the country preventing it from producing quality development and eradicating the poverty that is ravaging every strata society.

Nigeria’s last administration was enmeshed with two major challenges which were part of what defined it – corruption sagas and the dreaded Boko Haram insurgents. The administration then also suffered a lot of embarrassment in various scandals including ‘Stellagate’.

The former Minister of Aviation, Stella Obuah allegedly went on a shopping spree buying 2 BMWs and Jeeps at an astronomical price of $900,000 each. But the revelation coming out of Abuja, the Nigerian capital, makes the Stellagate scandal look like child’s play. The former national security adviser, Dasuki Sambo, allegedly mismanaged Nigeria’s commonwealth in a shameful manner.

It was not until 243 Chibok girls were kidnapped that the world took notice of the activities of Boko Haram. The kidnapping shone a light on the activities of the terrorist group who are affiliates of the Islamic State. The group continues its decimation of various communities along the Nigeria/Cameroun/Niger borders, raising its flag and claiming territories. The terrorist group is responsible for the loss of thousands of lives and the displacement of millions of Nigerians. The 2015 Global Terrorism Index report stated that the group overtook the Islamic State as the “most deadly terror group in the world.” The Index showed that Boko Haram killed 6,644 compared to 6,073 killed by the Islamic State.

Their activities have, however, managed unite Nigerians and enabled the people to resolve to support the government’s action to defeat them.

However, the issues of corruption at times stands in the way of fighting the insurgents. When news first broke that Sambo Dasuki received an extra-budgetary allocation of $2.1 billion from the Nigerian National Petroleum Corporation (NNPC) several people discarded it as one of the political character assassination associated with Nigerian politics.

Nevertheless, despite the information leaked by those familiar with the investigations, a lot of people, including myself, were sceptical of the situation. The reasons for this were not so farfetched; Sambo Dasuki paraded himself as one of the most committed officials fighting the dreaded insurgents in the North Eastern area of Nigeria and within six weeks, he had fulfilled his promise to curtail the sect’s activities to ensure a hitch free election in 2015. However, immediately after he gave a speech at Chattam House regarding the matter he was slammed with various charges including money laundering, illegal possession of arms and misappropriation of funds meant for the procurement of arms for the Nigerian military.

The political, influential and military actors all conspired to pilfer the country of its resources and under the previous rule nothing was done to stop it.

Now, with the new administration and the bold new stance on the prosecution of those involved in corruption, President Mohammadu Buhari’s government is showing encouraging glimmers of change – a new mind-set to rewrite the unspoken rules and correct many wrongs. The concerted offensive against high-level corruption is fast yielding achievement. Suddenly, those who stole government funds, unlike before, are being prosecuted as part of a crack down on corruption and personal austerity is all the rage. Showrooms with expensive cars have seen a drastic drop in patronage and luxury houses remain unsold despite huge reductions in prices.

Nevertheless, in a country like Nigeria where corruption runs rife, the death of it will not happen without a fight. It is endemic, and the criminal cartels are powerful. While the government must ensure that corrupt Nigerians are properly investigated and tried, they must also not be cowed in their efforts to go all out to fight the pervasive issue. Everyone, no matter their status in society, must be pursued in order to force them to return stolen funds, especially in the face of the harsh economic reality the country is facing at the moment.

Looking beyond the reposnibilities of the government, the people of Nigeria must also stand up to the task and demand greater accountability from their leaders. The political class have been left, up until now, to use government wealth for their personal capacity.

Nigeria needs to define its own political identity in order to address social justice, inequality, health, education and poverty in the country. There is a need to take a holistic approach in tackling the nation’s myriad of corruption challenges. While the current effort is a good start, the solution ultimately lies in the government’s ability to form functioning systems and institutions. The culture of building strong individuals must give way to building strong organisations. Unfortunately, the current regime largely reflects the personality of President Buhari, this is not the right path for the country. Nigeria must look inwards and fashion a frugal solution to manage the country effectively. If this government whose election slogan was ‘change’ cannot effect the needed transformation within its first year, Nigerians should demand it.