Home>Commentary>Low oil price: the threats and opportunities for Africa producers
By Erukilede Julius - 27 January 2016 at 1:16 pm 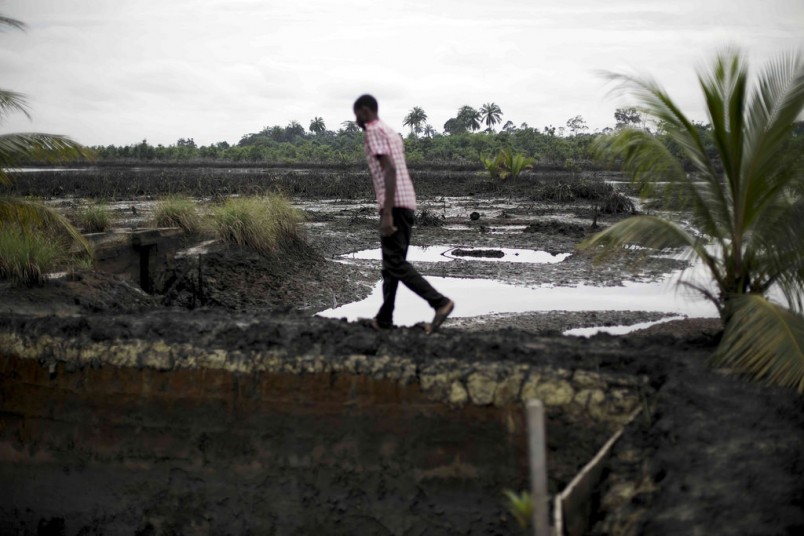 From 2010 until mid-2014, world oil prices were fairly stable at around $110 per barrel. But over supply from oil producers coupled with weak demand from the Chinese and European economies drowned the world with cheap oil pushing the price further south to its lowest price ($30) since 2003 in January 2016.

To address the challenge, members of OPEC including Africa’s producers turned to Saudi Arabia for support in production cut which it bluntly refused. To Saudi Arabia, the only way to protect its market share from shale intrusion and Iran new found life is to continue pumping oil at almost full tilt.

This created positive and negative ripple effects on the global economy depending on which side of the divide someone is — producer or consumer. Many oil exporters’ economies have suddenly stagnated or retrogressed in the last few quarters. The effect among Africa producers is near disaster. Most of them are over dependent on oil revenue and cannot function under the atmosphere of low oil price because oil revenues constitute a significant part of their gross domestic product.

According to the PwC report, many African oil-exporting economies especially the ones that are not well-diversified such as the Republic of Congo, Gabon and Angola would be hard hit by prolong period of low oil prices. The report predicts that this may force these countries to adopt austerity measures and revise their budgets. But the reality across the continent shows that this report is proving to be true. In the absence of sufficient fiscal buffers to cope with the dwindling oil prices a number of Africa’s top oil pro­ducers adjusted their 2015 budget since more than 70% of their revenues stem from oil production. Virtually all the Africa oil producers now feel the social, economic and, in some cases, political impact of low oil price forcing the government to taking drastic measures across board.

Nigeria, Africa’s biggest oil producer, the crumbling effect of dwindling oil revenue is having “a painful effect” on its economy. In the last few months, several state governments have failed to meet up with their financial obligations to the civil servants and debtors stunning the local economy. It took the intervention of the central government before a few months of salary backlogs could be paid. But since then, even the central government has become a victim of the harsh economic situation- it is going through its own financial crunch.

During the 2008 financial crises, the Nigerian economy weathered the storm because it has buoyant foreign reserves which were used to support the country’s import needs in place of any real transformation of the economy. But in 2016, its once buoyant foreign reserves have dwindled from over $80 billion to a little above $30 billion. As an import lading economy, this reserve is barely enough to pay for Nigeria’s 12 months imports at the current rate. Apart from the dwindling foreign reserves, the country’s sizeable foreign exchange reserves are being used by the government to defend the value of the Naira, the national currency. Excessive currency depreciations at the parallel market prompted the Central Bank of Nigeria to introduce a number of monetary and exchange rate policy adjustments which made it difficult for Nigerian businesses to honour their debt obligations to foreign creditors.

However, the government’s attempt to spend big with the budget 2016 in order to resuscitate the economy faltered even before the National Assembly started its deliberation on the budget. The budget proposal is benchmark at $39 per barrel, but the price of oil has gone south below $30 and analysts are betting on a future oil price of $20 per barrel. With the socio-economic challenges facing the country and its expensive war on boko haram insurgency, Nigeria may find it difficult to stimulate its economy despite the accountability and probity measures introduced by the Buhari’s administration.

Similarly, in Angola, its near total reliance on oil is a major threat to the effective management of the country. Oil was the driving force behind Angola’s economic growth. Now it is the driving force behind its high inflation, depreciating currency and broader economic crisis. The extremely skewed composition of the Angolan economy has increasingly become a problem since oil prices started to fall last year.

To plug the loose ends, the Angolan Central Bank has taken a number of steps including increasing its policy rate, devaluating the Angolan kwanza amongst several efforts to shield the economy. But this has hardly offered respite to businesses and Angolans. Despite efforts by the government to keep inflation below double digits, it is now projected to reach 14% by the end of 2015. In the capital Luanda, price levels rose by 1.4% from just September to October and by almost 13% compared to the same time last year. As a result, many Luandans are struggling to afford the basics and make ends meet.

In Algeria despite its significant reserves and its proximity to Europe, the fall of oil prices has had an obvious effect on the economy. Its dependence on oil and gas which account for 98 per cent of exports and almost 60 per cent of government revenue makes its economy sensitive to prolong low price.

To balance its annual budget, Algeria requires over $100 oil barrel price but the current price, out rightly inadequate is pushing the government to adopt palliative measures. The first involves taking austere actions in regards to government spending while the second focuses on varying economic activities such as maintaining better exchange rate management.

In a region known for its volatility, Algeria cannot afford a prolong economy recession. Unlike its neighbours who witnessed Arab spring, Algeria avoided the revolution that sacked other dictators within its territories. But the risks remain especially in the face of rising youth unemployment which could soon be exposed if low oil prices remain persists.

The Francophone oil producers have also witnessed public spending cuts, currency weakness, rising inflation, and falling investment point to a weaker outlook. Hydro-carbon rich countries such as Gabon, Equatorial Guinea in the Francophone Africa who shares a common currency, the CFA franc, which is pegged to the euro have had discordant tunes. With the euro depreciating against the U.S. dollar, the CFA franc has also depreciated against the dollar, helping to smooth adjustment to the oil-price shock for these countries by boosting export earnings in domestic currency.

Resurgence in oil price is a catalyst to economic revival most African oil exporters crave for. Since mid 2015, series of meetings by OPEC member states to agree on cutting production capacity to support the price has not been fruitful. However, in the last few weeks, there are signs that production is falling in the United States and some other oil-producing countries because of the drop in exploration investments.

In few countries, demand for fuel is also recovering which could help crude prices recover in the near future. But the drop in production may not happen fast enough to support the price needed to stimulate many oil rich African economies. This presents a challenge that must be solved. Africa oil producers must fashion out solutions that is independent of international oil price. The solutions lie in looking inwards; developing local solutions to national challenges.

How to mitigate price shocks and re-invent a sustainable future?

First, sustaining high economic growth is a policy priority for most countries in Africa as it is in other parts of the world. But the oil-price shock highlights the need for oil exporters to develop more pragmatic policies to combat a number of challenges. Africa oil exporters need to reduce their economies’ dependence on volatile oil prices, by increasing energy efficiency, diversifying trade and production. Economic diversification remains an important part of a sustainable future all Africa oil exporters must embrace. It is instructive and clear that if the oil price drop can be a catalyst for economic transformation, it could bring sustained benefits.

Second, the governments should explore creative ways of using macro financial instruments including introducing less monetary tightening than would have been the case without the oil price decline. Various governments should also take steps to reduce fiscal deficits and lower oil benchmark prices in budgeting processes. In addition, monetary and fiscal policies must be harmonised to plug the inconsistencies associated with some of the Africa oil exporters especially Nigeria.

Third, Africa oil exporters have the golden opportunity to invest in developing skills and capacity of its youthful population, innovation and technology and build infrastructure for long-term gains. It is high time Africa invested in knowledge economy for long-term solutions. A strategic investment in open innovation could be a catalyst to churning out innovative and sustainable frugal solutions. It is one of the key pathways oil producers must follow to achieve results.

Fourth, since most oil producing countries subsidise the price of the petroleum products in their countries, there is no better time to remove the basis for economic sabotage than now. The fuel subsidies regime is ineffective in benefiting the poor and vulnerable groups in most producing African states. The rich and elite continue with the exploitation of the system to advance their greed. In Nigeria and Angola with large import of petroleum products, it has only benefitted few elites while the poor continues to buy petroleum products at the market price. Hence, the current low price presents various governments the opportunity to remove fraudulent subsidy regime and replace it with market led mechanisms.