Home>In Depth>Where to now after Willy Mutunga's claims on corruption in Kenya?
By AT editor - 28 January 2016 at 3:44 pm 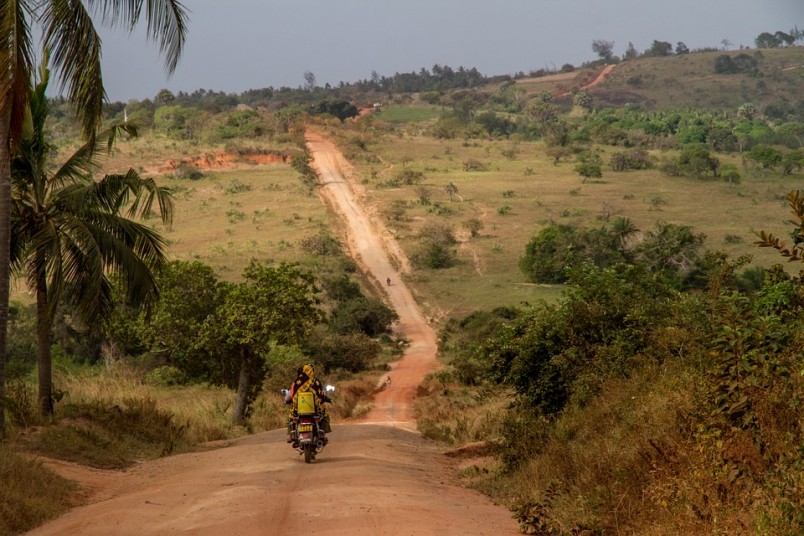 In a recent interview with a European newspaper, Kenyan chief justice Willy Muntanga said the Kenyan judiciary and wider Kenyan government is overrun by powerful corrupt cartels. Though the existence of corruption within Kenya is not a new story, Muntanga’s comments were notable for their candour from a member of the Kenyan judiciary, as well as their pessimism for the future.

Speaking to a Dutch newspaper NRC Handelsblad – and as reported in English in The Guardian – Muntanga said the presence and corruption by these cartels of Kenya had “never been worse”. He went even further, saying his ability to battle this within the judiciary is limited due to the lack of support around him, “You are taking these people into a corrupt investigating system, through a corrupt anti-corruption system, and a corrupt judiciary,” he said.

This is rightfully headline news but also a heart wrenching declaration for those who’d hoped a generation ago the post-Daniel Moi era would bring about greater prosperity for Kenya, and for those who just a few years ago felt a new constitution would help bring a brighter future for the East African nation. Since then, both internal and external challenges to the government’s standing have loomed large.

There is never a bad time for a government and a society to tackle corruption. This is especially so for a developing nation, as the willingness of international business to invest can be diminished when it’s felt their investment is at risk of foul play. What’s more, the perception of corruption damages confidence domestically, as citizens feel weary of investing their efforts in a government and society when they feel it could be amidst an unfair and uneven landscape.

Yet, while a decrease in corruption could be expected to have positive benefits for Kenya, it is also a reality that the scale of the corruption is not merely a problem of one or two officials, but an institutional issue. The capacity of the country to progress therefore is contingent upon not just the few, but the many; making a move towards greater transparency. Further, it is also true as other nations continue to develop and combat corruption year by year, Kenya shall find increased competition globally as business looks to nations improving their transparency for more secure opportunities.

While fighting corruption may seem a herculean task in light of this, it is also a window of opportunity. The absence of a significant anti-corruption institution within the Kenyan government means while the problem may right now appear immense when compared to other countries, the capacity for Kenya to quickly make up ground would appear significant. So, what are the prospects of such an advance in Kenya?

Revelations in mid-2015 signify President Uhuru Kenyatta’s government remains plagued by the tell tale signs of corruption; excessive spending and missing money. Further, while the best functioning judiciaries are perceived to show little favour between rich and poor, the cartel influence within the Kenyan justice system cited by Mutunga affirms the capacity of one branch of government to keep ‘checks and balances’ on another amidst such an epidemic is limited.

Yet, there is a distinction between an opinion and a lament. An opinion helps to inform others of your viewpoint – and when it is an honest expression of political realities in your much-troubled country – it’s inarguably in the public’s interest to be put forward. Therefore, declaring this while also suggesting it is right now a largely hopeless cause – for Muntanga has said Kenya’s best hope for change resides not with his, but the next generation of leaders – is surely at its core a lament.

This is not only a cardinal sin of the public life 101 ‘never complain’ but also could prove counterproductive. If Kenyan’s feel there is little real chance for change in corruption, they’ll have little incentive to work towards its realisation. Instead, Muntanga may be best served reflecting on the public profile of one of Kenya’s most famous sons; US President Barack Obama.

Irrespective of whether his agenda has always been successfully advanced across his presidency, his first campaign and declarations that the hope of a brighter future was possible for America inspired many young Americans to engage in public life, just as inspirational presidents before him had done. What’s more, Mutunga is not alone as a leading figure calling for change in Kenya. Alongside foreign leaders like President Obama, the prominent activism of Kenyan journalist John Githongo, and a number of notable protests, affirm he is not a lone voice.

Ultimately, the first and foremost duty of a government is to ensure the security of its people. In this regard, the Kenyan government’s primary challenge remains the resistance and response to the al-Shabab terror threat. Notwithstanding this, whether it’s while the conflict continues or once it has reached its conclusion; corruption also poses a threat to the security of the state, and the prospects of Kenya’s future. Therefore, both within and beyond its borders, Kenyans have a conflict against corruption that need be fought with the same urgency as it has al-Shabab.

Within this sphere, Willy Mutunga is an important voice for a brighter future for Kenya. A brighter future is a shared hope of all Kenyans; but what exactly that future would look like, and how best to achieve it, is where the real challenge lies. Kenya’s story over its 52 year history is one of many troubled periods, and it’s unlikely one figure alone can emerge as a truly transformative leader. Yet, for a continent that already has a powerful precedent for such possibility, Mutunga’s words can neither be ignored nor resigned.

The past may hold lament, but the future remains to unfold, so though an understanding of Mutunga’s frustrations over the lack of progress is surely felt, agreement the the source frustrations shall go unresolved for a generation or more is not. After all, of all the regions of the world, Africa is perhaps foremost in the capacity of a people to bring about sudden and remarkable change.