Home>African Future>Presidential politics in Rwanda: a threat to stability?’
By AT editor - 31 January 2016 at 10:29 pm 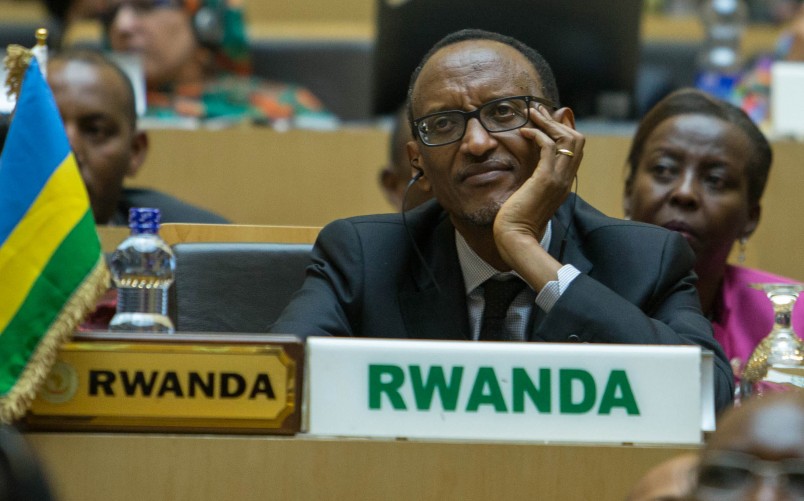 New Year’s Day saw President of Rwanda Paul Kagame signify a dramatic shift in his country’s political landscape. In a televised address at midnight President Kagame confirmed he would run for a third consecutive presidential term in the election due to be held in 2017. This announcement followed on from a constitutional amendment sought and achieved by Kagame back in 2015, and signifies a marked change of course for the East African nation.

Kagame’s announcement was met with anger from the United States and the international community, and risks creating greater division in the national political landscape between Kagame’s ruling Rwandan Patriotic Front Party, and the smaller minority Green Party of Rwanda who had opposed constitutional change. Having served as President since 2000 – and beforehand been a leading national figure for his role as a general who helped combat the 1994 genocide (and serve as Rwandan Defence Minister and Vice President thereafter) – Kagame’s decision to run for a third term has a deeper significance beyond politics.

In a nation where the whispers of its divided past still linger, and high profile acts of brutality call it once more to mind, a significant change to its form of governance, poses risks both short and long term. An overview of how Kagame and Rwanda arrived at this moment is necessary.

In late 2015 the Parliament of Rwanda approved a proposed constitutional amendment to cut the length of term a president could hold from seven to five years, as well as impose a two-term limit. While shortened terms – and the imposition of term limits – can generally be regarded (due to the higher rate of turnover and diversity of officeholders such change should bring) as improvements to a country’s democratic process, within Rwanda, evidence illustrates otherwise.

This is in chief because this change shall only take effect from the next president, and not impact the current officeholder. Put simply, Kagame can now run for a third term as if it was his first. This means he Kagame could now stay in power untill 2034 if he is elected. While calling him ‘president for life’ may be premature, it adds certain urgency to the 2017 election. For a country with a deeply troubled history of sectarian violence – barely two decades removed from a genocide that brought it to its knees – a swift alteration in the civic process poses big dangers.

Filip Reyntjens, a professor of law and politics at the University of Antwerp explained the risks the movement in this direction could have in reopening old wounds within the country’s social fabric. “Some people are very unhappy about what’s happening, because that’s not what they fought the ‘liberation war’ for. This is potentially extremely dangerous”, said Reyntjens in 2015. The consolation note within Kagame’s announcement comes in the knowledge this move was long forecast and widely expected. That Rwanda has thus far avoided major civil unrest as a result of this offers some hope a relative peace can be maintained thereafter.

Yet the conduct of Kagame as a central figure within this period has implications not just for his own chapter of national life, but the period of Rwanda’s national life that is to come. While speculation as to what would unfold is a disservice, it is undoubted constitutional reforms that have sought to make ‘presidents for life’ incur a poor track record of being beneficial to a nation’s civic process, and oftentimes the president’s own fortunes in the long term.

Past performance is no guarantee of future behaviour, and it is not in the immediate months and year ahead, but in many years to come and even decades that the true significance of this change could unfold. While Rwandans may have voted in late 2015 to allow the change to go ahead, concerns surrounding the fairness and transparency of the 98 percent vote in favour of the change remain.

Samuel Huntington held that a successful democracy is one in which there have been  two effective electoral cycles. Yet, an equally important characteristic of democratic rule has been the transfer of power, and the weariness for dynasties or nepotism taking root in the system. This is not new, nor it is one unique to a particular nation or party. And this is where Kagame’s decision to run again poses challenges both for the current political climate of Rwanda, and when he ultimately does leave the national stage. Rwanda is not alone as an African nation facing challenges surrounding succession, but as a young democracy that has largely been successful in quelling the violence of its past, Kagame’s move risks violating shared values among Rwandans that could significantly threaten the country’s political stability.

While Paul Kagame has undoubtedly played a crucial role in the peace and progress of his nation, it is also true that democracies benefit best when there is a consistent turnover of power to new people. There are numerous precedents within this, from both the historic story of Cincinnatus to the contemporary leading figures of immense national significance who’ve nonetheless stepped away when time required.

Further, there is also the significance of Kagame’s decision within the wider region. Kagame’s potential failure to step aside contributes to the wider democratic deficit that has developed within Africa in recent years. Ultimately, the greatest setback for Rwanda may be in the missed opportunity that comes with other nations having developed a strong ‘post-governance’ career for their former leaders, that has both provided the individuals the capacity to contribute to public life above the fray of daily politics, while also benefiting the country for a wellspring of statesmen and women to provide national solidarity and structure.

Paul Kagame was always set to go down as a heroic figure in Rwandan history for bringing the country together and keeping it united. Holding a rare opportunity to step away and into a statesmen role in 2017, the potential tragedy would be for this same figure to stay on and ultimately preside over a growing division and decline.