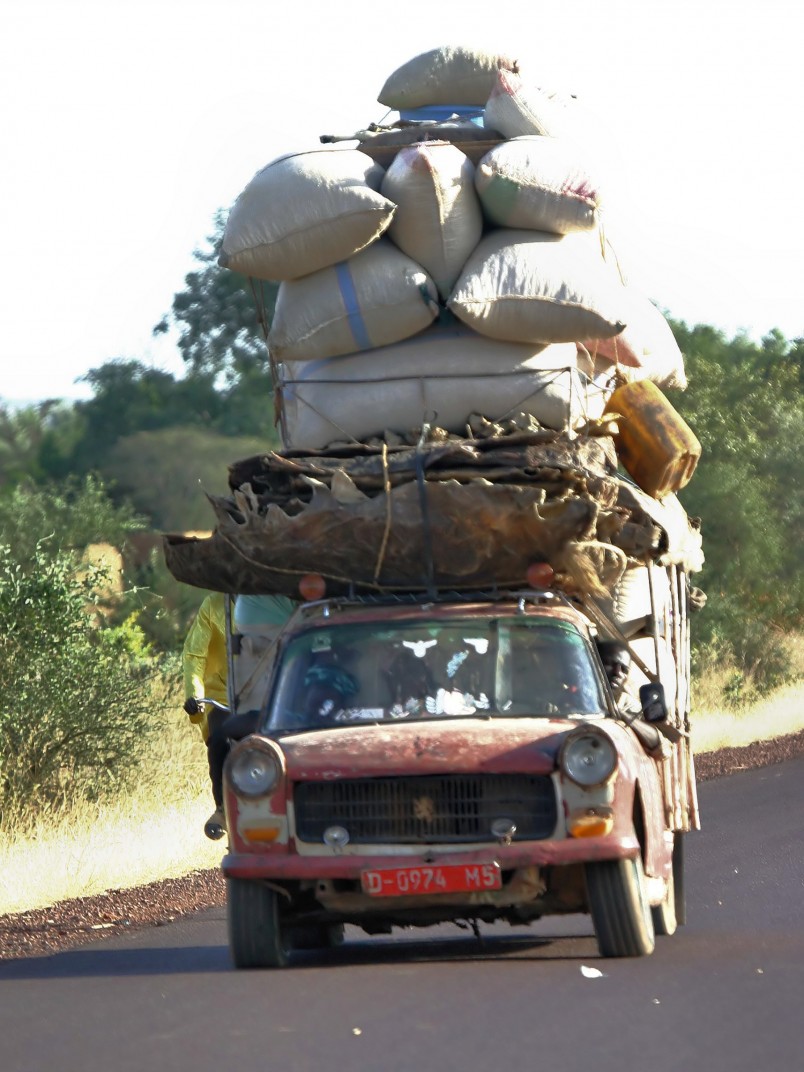 The world economy may be passing through tough times with low investment yields. IMF predicted 2016 GDP growth rate at 3.6%, one of the lowest in recent years. The world’s economy may still be driven by instability, as markets come to terms with the global slowdown aggravated by lower economic indices from the Eurozone and China. However, if there was a sector that holds much potential in Africa, the transport and logistics sector presents a unique opportunity for investors.

A number of global logistics and transportation firms realize these potentials and have expanded their operation even in the midst of significant infrastructure challenges. This is no surprise as Africa’s population and economy continues to grow robbing-off significantly on transportation and logistics. Chicago-based Seko Logistics opened offices in Uganda and Ethiopia, on the strength of strong energy, mining and technology industries in East Africa.

The strong growth is not expected to slow in the coming years. More than 70% of the world’s largest consumer goods companies are already operating in Africa, and there are a number of high-profile companies making big bets in the region. Charles Brewer, the managing director of DHL Express Sub-Saharan Africa, the world’s leading Logistics Company argues that the shipment numbers make the case for a positive outlook for Africa. “Our dependency on Europe has been reduced, while trade with Asia, as well as intra-Africa has picked up significantly. “This is proving to be extremely positive, in light of the economic pressure Europe is currently experiencing.”

The growth of E-commerce and technology has also helped the strong growth of logistics. More Africans are buying online rather than buying at physical shops. According to Analytiqa report “Africa Logistics: Keep Cool for Growth; Charting growth trends in logistics markets to 2016”,  logistics spending in Africa by manufacturers and retailers will increase by almost $28.8 billion, or 5.19 percent, in a four-year span, from $128.5 billion in 2012 to  $157.3 billion in 2016. The size of the outsourced logistics market alone will increase by 38.4 percent in the period. The PWC report also observes that African retail markets will grow significantly over the next decade. It states that in most countries, the demographics are favourable for increased consumer demand.

But despite recent growth and surging investment in the sector, the 2016 Agility Emerging Market Logistics Index report shows that, Sub-Saharan Africa remains a challenging frontier for many companies. Only 21.2 percent of more than 1,100 logistics industry executives surveyed said their companies have operations in the region. Another 12.7 percent said they are in the planning stages to enter African markets, while more than 43 percent said they have no plans to set up in Africa.

In truth, Africa probably isn’t the best destination for companies just looking for quick revenue boosts but it holds huge potential for businesses with long-term strategies. The reason is not far fetched – the continent needs better transport infrastructure, more connectivity across borders, and an improved business environment to reach its vast but largely untapped potential.

Infrastructure such as road and rail networks that span regions, and indeed, the continent are elusive. Apart from South Africa with a relatively developed transport and logistics infrastructures, other countries in the continent are struggling infrastructure wise. While road is the most common means of transportation, it is not very well developed. According to the OECD report, only 27.6% of Africa’s 2 million kilometres of roads are paved (19% in sub-Saharan Africa, versus 27% in Latin America and 43% in South Asia). It will require considerable investment to fix the thousands of kilometres of roads that need attention.

The absence of good roads makes the effective distribution of goods difficult affecting cross border trade both within Africa and the rest of the world. This therefore, contributes to high transportation and logistics cost across Africa. The OECD report indicates that transport costs remain very high throughout Africa, averaging 14% of the value of exports compared to 8.6% for all developing countries, and even hover around 50% of export value for Africa’s 15 landlocked countries –56% for Malawi, 52% for Chad, and 48% for Rwanda with a significant impact on food prices.

Goods moving across borders can incur both official and unofficial fees, which can simply be considered outright extortion. To transport a 40ft container from any part of Africa is not only expensive but time consuming. It takes nearly double the time to move containers from Mombasa to Kigali than it is to move the same container from Shanghai to Mombasa. Moving agricultural products from Cotonou to Lagos, the commercial nerve centre of Nigeria is a messy constellation of customs and bad roads resulting in loss of valuable time making inter-African trade tricky and expensive.

The World Bank’s Doing Business report shows that lead time is excessively long in Africa. It takes 39 days to export goods, including documentation, inland travel, customs clearance, and port or terminal handling for a container of goods compared to 26 days in East Asia or 15 days in high income OECD countries. Shipping costs that average $2,201 per container are high compared to the median estimate of $864 for East and Pacific Asia countries, according to the World Bank report.

But these challenges are where businesses with long-term strategies who are willing to work with local governments can strike the gold. The 2016 Agility Emerging Markets Logistics Index states that Africa’s potential is great but single out South Africa, Nigeria, Kenya and Ghana as the most promising logistics markets in sub-Saharan Africa. As Geoffrey White, CEO of Agility Africa says; “the results show a serious disconnect between the perception of the market and actual opportunities. “African countries are some of the world’s fastest-growing economies with potential for big opportunities.”

South Africa ranks 16th on the index as the best “connectivity country in Africa” with the most advanced logistics industry and transport infrastructure but it has its own unique challenges. Nigeria ranks 17th on the index and may be seen to have enormous potential but it has been unable to translate this into results. While a lot of improvements have been achieved in the past few years, Nigeria’s size and growth suggest that it should rank nearer to 6th. But Nigeria’s weak infrastructure, transport links and customs regime puts it in the same category as Bangladesh, Ethiopia and Tanzania in “connectivity.”

With the prediction that by 2060, Africa will have a 1.1 billion middle class, the potential becomes massive for businesses with long-term visions. Food commodities and agri-business will be key drivers as countries move to higher levels of food processing and trade in food products. Transportation and logistics of food products hold mouth-watering potential. According to Analytiqa, facilitating this trade will require vast improvements in cold-chain services, including both transport and temperature controlled storage facilities.

At the current level of development, it is only a matter of time before Africa’s middle class consumption of luxury and processed goods emerge. “There is a huge amount of optimism from [third-party logistics providers] about the future of logistics markets across Africa, as economic growth drives stronger consumer demand and creates higher market attractiveness for retailers and manufacturers alike,” Analytiqa’s research director Mark O’Bornick commented. “We are seeing European fashion brands and Chinese automotive manufacturers now locating in Africa aiming to tap into the continent’s impressive potential, which has some commentators calling Africa ‘the new Asia’.”

Sub-Saharan Africa undoubtedly provides huge opportunities in the transport and logistics sectors, but there are still significant challenges around infrastructure, labour relations and the ease of cross-border trade within the region, which need to be improved in order to facilitate the growth required on the continent. Hopefully, Africa will look inwards and solve these problems. It is time Africans identify these opportunities and take advantage of them, if they don’t, like in other high yield sectors, foreigners will soon emerge dominant in maximizing their prospects.