Home>In Depth>Ethnic clashes in the Mau had land and conservation undertones
By Antony Langat - 19 February 2016 at 8:07 pm 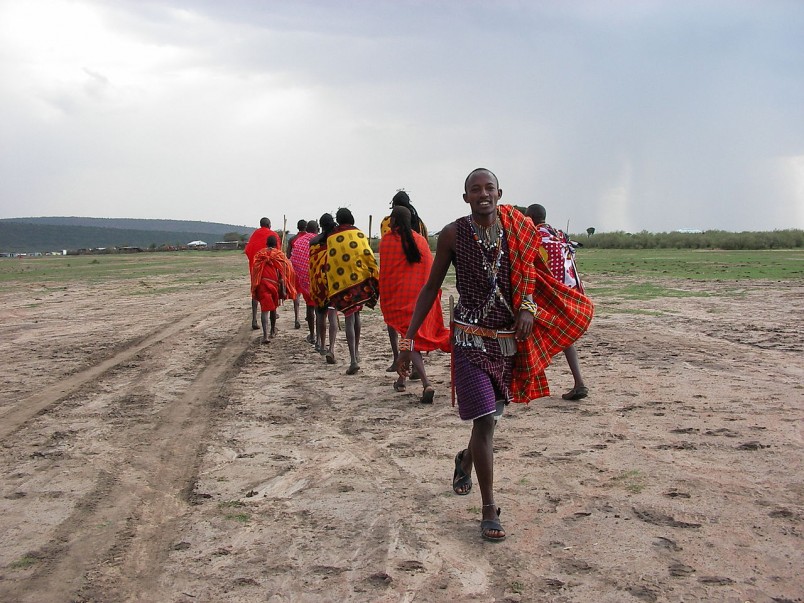 Unresolved issues of land and conservation of the Mau Forest Complex contributed to the ethnic clashes of December 2015 between the Kipsigis and Maasai in Narok County.

Narok, Kenya—Unlike other Kenyans who celebrated Christmas with joy and cheer, Sila Kuyo marked the day with sadness and loss. Sila, 50, is yet to come to terms with the emotional trauma and financial loss that he incurred on that fateful afternoon. He remembers the nearing Maasai morans as they chanted war songs as they approached his village of Sachangwan in Narok County. With no time to waste and even less to save any material things, he and his family scampered to safety in nearby thickets leaving there homes and all that was in at the mercy of the angry mob. “My motorcycle, my car and houses were all burnt by the Maasai morans. They then drove away my seven cattle. They reduced me to zero,” said Sila sadness still evident in his tone gaze.

The following day it was the house and belongings of Benjamin Rotikan’s elder brother that went up in flames as a result of the wrath of the vengeful Kipsigis youth. Rotikan, 18, heard Kipsigis youth approaching his home from a far as they sang and wailed. Rotikan and his brother rounded up their cattle and took them to safety near Ol Posimoru , a predominantly Maasai shopping center. They didn’t come back until the next day, 27th of December 2015. That is when they found their house had been burnt along with thousands of shillings worth of property in it.

It took a visit by the Cabinet Secretary in charge of security, Hon Joseph Nkaiserry to quell the violence but not before seven lives had been lost, dozens injured, thousands displaced from their homes and millions of shillings worth of property lost in the clashes. Since peace returned early this month, residents of Sachangwan and Olengape have been heading back to their homes to rebuild.

Sila’s home was at the boundary between the Maasai and the Kalenjin. After the clashes, he opted to swop his parcel of land with a Maasai so as to be safe in case of such an ordeal in future. He is now building a fresh. “The government gave me eleven iron sheets to roof my house. But this is not enough,” said Sila.

Sila is among the more than 400 Kalenjin families who were displaced by the Maasai in ethnic clashes that begun on the eve of Christmas Day. According to Sila, the clashes begun when a Maasai elder was shot in the forest by thugs. The Maasai however accused the Kalenjin of the murder. They planned to avenge and the results were clashes between the two communities.

At the center of the rivalry between the two communities however, lie issues of land and conservation of the Mau Forest Complex. The Mau Forest Complex is one of the five main water catchment areas in the country. The other four include the Aberdare Mountains, Mount Kenya, Mount Elgon, and the Cherangani Hills.  The Mau forest complex spans several counties in the expansive Rift Valley region. It is the largest montane forest in the entire East Africa with an estimated area of 273,300 hectares.

Since the early 1990’s there have been increased illegal and irregular allocations of land in the Mau Forest Complex. A land report released in 2004 and named after the commission chair, the Ndungu report, recommended the eviction of settlers from the forest. Though evictions have since been done, it has not been conclusive having been marred by politics. Majority of the settlers are of the Kipsigis community while the Maasai especially on the Maasai Mau part of the Mau believe that the settlers ae encroaching on their land. The complex being a water tower, the Maasai also feel that the settlers have affected their source of water.

Leaders from the Maasai community have on several occasions called for the eviction of the settlers in order to save the Mara and Ewaso Ngi’ro Rivers whose source is at the forest complex. Narok North MP, Moitalel Ole kenta last year supported the evictions saying that the environment has to be conserved while Narok South MP, Johana Ngeno has in various times opposed the evictions.

The Christmas clashes of 2015 were bound to happen and the murder just served to trigger an animosity that already simmered below the surface. At one side is a community which feels at loss over the other’s encroachment while the other community feels it has a right to be there having paid and received title deeds from the government. The Ndung’u Report of 2004 had however recommended that the settlers’ titles be revoked upon eviction.

The evictions from the Mau Complex have been highly politicized and are yet to be done in full. Rebecca Nkowua, the County Executive Member for environment and water in Narok County said that with regards to evictions, the county government can only work with the national government since it is not within the county’s powers to evict.  “We do not have money to compensate so we can’t evict people who encroached into the Mau,” said Nkowua. Nkowua’s department can only conserve the forest as it is and prevent further encroachment with help from the government’s security organs.