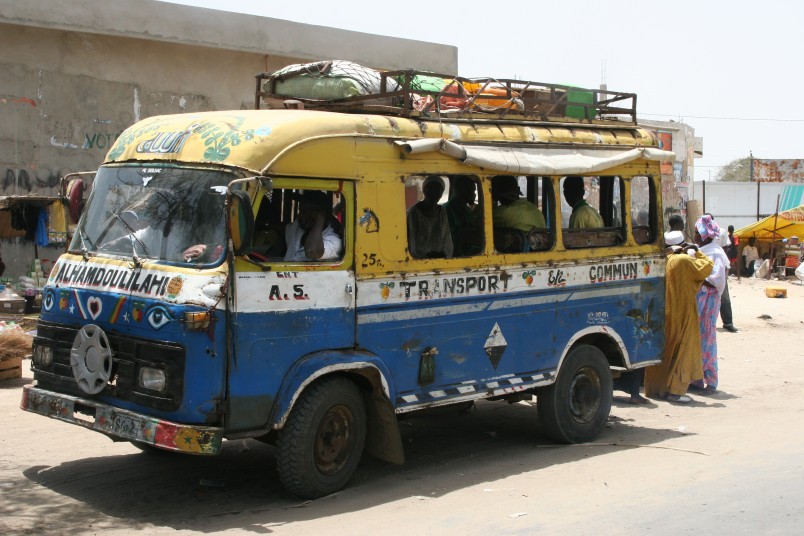 Desiree Nwaobasi grew up in Dakar, Senegal where his Nigerian parents earnt their living. As a young boy, he lived in a difficult environment like many African youths, yet he is no regular joe. While many complain of Africa’s difficult environment, Desiree sees his childhood as an interesting experience that prepared him for adulthood.

Dakar is no different to many African cities in terms of the discrepancy between the poor and the rich—the gap is quite enormous. While the rich live in a serene and clean environment, the poor live in terrible conditions. Desiree, when he was young became aware of this inequality and its socio-economic impacts on the poor. “I think that one of the reasons why the lower class feels let down is because of the environment that surrounds them– where they live and how it looks.” He believes that should the poor have the opportunity to live in a modest and clean environment, it would help them to attain a social status and a positive mind-set.

This experience metamorphosed into a great passion for environmental justice and management. Although there are several wastes and environmental challenges in Dakar, one stands out as a fundamental challenge which has attracted little or no attention. Proper disposal of used tyres remains one of the most difficult wastes products in Dakar. A few decades ago, this was hardly considered an issue, however, the steep increase in the number of middle class households with personal vehicles now make it a major challenge to the environment. With an average car requiring four tyres that need frequent replacement for safety purposes, thousands of abandoned tyres now litter the streets, markets, vulcanizer workshops and dumping sites.

Desiree like many African youths used the abandoned tyres for recreational purposes including football post and sitting platform, amongst other uses. During major protests and civil disobedience associated with African states, these tyres are sometime burnt in huge toxic bonfires leading to the release of CO2 into the atmosphere resulting in major environmental hazards.

Initially, Desiree was indifferent to the problem of abandoned tyres, but as he grew older, he realised the environmental challenges. In an environment where recycling is alien due to the lack of capacity and infrastructure for such things, the issue went unnoticed. However, Desiree’s passion for change propelled him to look for a solution. “At some point, everybody wants to see ‘things change’, but few take steps towards it.” He saw no reason why young people couldn’t initiate change, or at least inspire it.

For years, Desiree thought of how he could convert the abandoned tyres into something productive. His first plan was to set up a recycling plant but the financial implications and the infrastructural challenges necessitated a rethink. He knew about local shoe businesses using abandoned tyres for shoe production but was only small scale devoid of industrial use. Some developed economies have successfully turned abandoned tyres into flooring for schools and sports centres but he wanted something better — something that could be economically and environmentally sustainable.

In order to do this, he had to come up with a solution that would last. He made up his mind to make business out of trash to send a positive message and inspire African youths to turn challenges into opportunities.

Desiree and his two other friends, Yaye Souadou Fall, Aissatou Fall came up with a better option. They developed a durable, waterproof product out of the thrash breaking the wall of waste. This idea led to a Dakar based social business called E-tiles, which they founded in 2015. After many prototypes, they came up with a low-cost design for the floor cover, made from hundreds of abandoned tyres.

When asked if he has any advice for young African entrepreneurs with burning passion help to reduce the unemployment rate and social change in the country, he said, “First, African youths should value the end goal. Why are you studying? If it is to get a job, and just that, do you really have to work for someone, or can you create your own job? Do you really need to graduate first to start that job, why not now? Second, youths should value their time. As you move forward, responsibility increases. Be balanced: ‘all work and no play’ is a bad call, have fun when you can, you might not have the time later. Last, youth should value their relationship and network. You never know what lies ahead of yourself and your colleagues; the ‘class slacker’ might end up being a big shot some day. There is always benefit in keeping contact, with your mates after graduation. Do not forget to network, it is important.”

His foray into entrepreneurship has had a positive impact on him which he graciously shared. He points out that his journey so far has taught him several lessons. He has learnt three important qualities which African youths must strive to possess. First, you need epmathy to be able to identify problems. As an entrepreneur, you are not solving personal problems; you need to identify what really matters and give it preference. Second, you need a working strategy which must allow you to come up with a good plan of action. Third, an entrepreneur must be felixible.  You need to be able to know how to adapt when the situation demands it.”

On his failures, Desiree like most young entrepreneurs has experienced his own pitfalls but this experience did not kill his passion. “I had my share of failures, as any one, some projects failed because they were not thought through properly or/and are poorly executed. But you must always learn from mistakes. Failures tend to follow certain patterns, so I learned to recognize some patterns in order to avoid failing for the same reasons.”
At the moment, the business is generating revenue, has won a number of awards and is looking for funding to scale-up its activities both in Senegal and in other African countries. Apart from the three founders, the team has an additional four members; Alioune Badara Sène, Jordan Ayenoue, Khady Diallo and Claude Madjidabaye working together to make Dakar free of abandoned tyres.