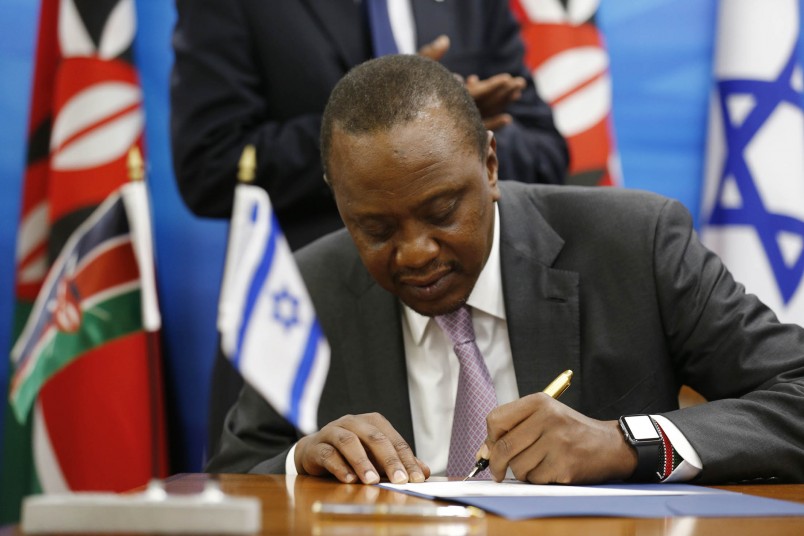 The Palestine Liberation Organisation (PLO) criticized Kenyan President, Uhuru Kenyatta for his trip to Israel saying that the move betrayed support for the liberation of Palestine.

Kenyatta visited occupied East Jerusalem and what is considered an illegal Israeli settlement in the Jordan Valley by the Palestinian people.

PLO Secretary General, Dr. Saeb Erekat released a statement on Thursday speaking of his unease over the visit.

“This visit breached Kenya’s obligations not to recognize as lawful a situation created through the illegal use of force and other violations of peremptory norms under international law.  The State of Palestine will raise this issue within the context of the Arab League and the Organization of the Islamic Conference. No one has the right to visit in these territories without an in-advance coordination with the Palestinian leadership.”

Hanan Ashrawi, a senior PLO official also spoke out in protest to the visit, stating that he considered the African Union should state its opposition to this kind of visit by a head of state to Israel.

The PLO also pointed out that whilst Kenyatta visited areas of Israel he chose not to go to occupied Palestinian territories and did not meet with any representatives of the Palestinian National Authority.