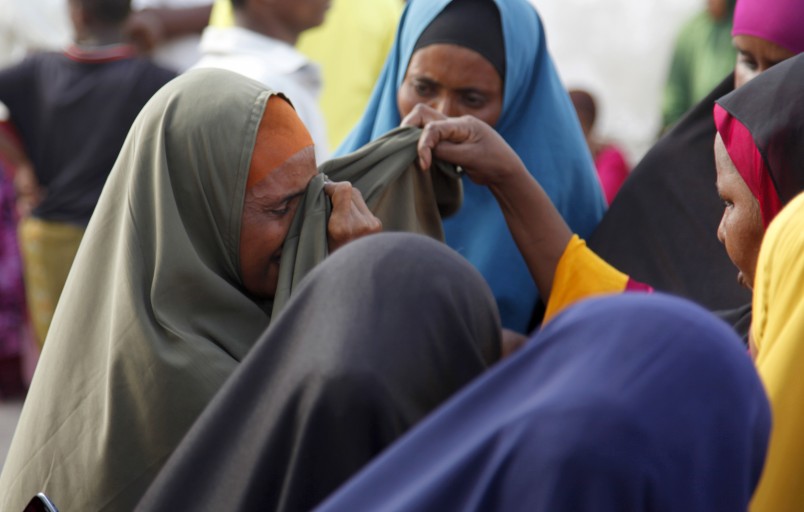 Kenyan officials lashed out Friday at critics of the country’s plan to close the sprawling Dadaab refugee camp, calling a new Human Rights Watch report “malicious and baseless” for its strong stance against the involuntary repatriation of some 260,000 Somali refugees.

The report, released Wednesday, challenges the May decision to close the camp and force residents to return to Somalia because the plan fails to meet international standards for voluntary repatriation. The conclusions are based in part on April and August interviews with 100 refugees, many of whom are afraid to return. The coercive pressures used by Kenyan officials to force the Somalis to leave is a violation of a 2013 treaty specific to their situation, as well as the 1969 African Refugee Convention, to which Kenya is a state party, Human Rights Watch said.

Kenyan President Uhuru Kenyatta has dismissed calls from the global community to continue protecting the Somali refugees and resolves to close the camp in November.

Nigerians already exasperated with President Muhammadu Buhari’s unctuous tone last week when announcing the “Change Begins With Me” campaign may have a new reason to be annoyed. An analysis by This Day news in Lagos suggests that portions of Buhari’s speech to promote the positive cultural campaign were actually lifted from U.S. President Barack Obama’s 2008 election victory speech in Chicago.

Journalist Adeola Akinremi reported the similarities Friday, citing a passage of Buhari’s remarks: “We must resist the temptation to fall back on the same partisanship, pettiness and immaturity that have poisoned our country for so long. Let us summon a new spirit of responsibility, spirit of service, of patriotism and sacrifice. Let us all resolve to pitch in and work hard and look after, not only ourselves but one another.”

The similarities are striking, as Buhari repeats the exact words and phrases that Obama used.

Akinremi noted the apparent hypocrisy of Buhari’s words, delivered in an appeal to Nigerians to choose lives of integrity while restoring a national spirit of trust. “It is immoral to plagiarize other people’s work, but even worse to use dishonesty to launch a campaign about honesty,” Akinremi wrote. Nigerian media said the Buhari administration did not immediately comment on the plagiarism allegation.

As South Korean shipping giant Hanjin continues to deal with the fallout of its August bankruptcy filing, ships all over the globe remain stranded. Among the 97 ships affected are dozens waiting in open seas, with an estimated $14 billion in cargo and up to 2,000 crewmembers denied access to port destinations.

They include four ships – the Hanjin Switzerland, Hanjin Buddha, Hanjin Africa and Hanjin Asia – that were denied entry to the Suez Canal because of unpaid canal fees, the company reported this week. In what seems a throwback to the early 19th century, these Hanjin vessels potentially face the long journey from the Mediterranean around Africa and the Cape of Good Hope in order to sail to their Asian destinations.

Ships passing through the Suez Canal en route to Europe typically have a month’s worth of supplies on board, but questions about food, water and other provisions for crew members extend beyond the Suez. At least two ships have run out of fuel while waiting for supplies off the South Korean coast, as ships remain stranded at 50 ports in 26 different countries pending legal outcomes and negotiations.

Despite a $54 million loan from Korean Air, the largest shareholder of Hanjin Shipping, no one knows how long it will take to resolve the plight of the crews – or deliver a half-million containers of goods. The Wall Street Journal reports that a South Korean bankruptcy court has given Hanjing until December to file its plans.

To track Hanjin ships currently at the Suez Canal, off Libya or in other African coastal waters, see this link.