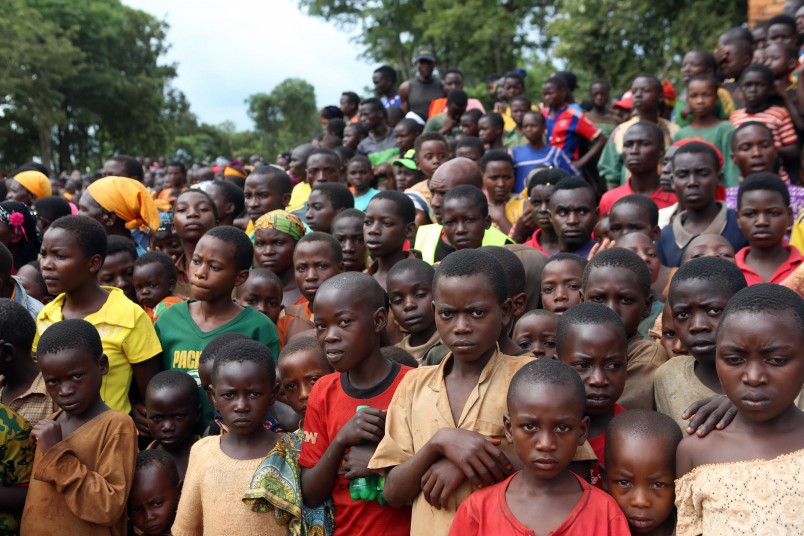 “The spirit of Bratislava is the spirit of cooperation,” said German Chancellor Angela Merkel, describing Friday’s meeting of 27 European Union member states in Slovakia in lofty terms even as she warned of the critical juncture at which Europe finds itself. On the unresolved issue of migrants, some EU leaders were far more critical than cooperative but agreed that a common European border defense, and agreements with African countries proposed last June, are necessary to stem the unprecedented flow of migrants.

Those migrant compacts target 16 countries, 13 of them in Africa, for strings-attached funding tied to EU expectations that they’ll do more to prevent people from coming to Europe. They include Horn of Africa nations like Eritrea, Somalia and Sudan, as well as MENA states including Algeria and Tunisia. Nigeria, Ethiopia and Senegal also are high EU priorities for funding of a plan that Dutch MEP Judith Sargentini described as “an outsourcing of the EU’s responsibilities” to countries that fail to guarantee basic human rights.

That proposal, following the EU-Turkey deal, prompted the widely respected Médecins Sans Frontières organization to refuse EU funding support. MSF international secretary general Jerome Oberreit echoed the sense that Europe’s interest is not in protecting migrants, but in efficiencies at keeping them away.

Yet far from Bratislava Castle – and far from New York, on the eve of the historic United Nations General Assembly Summit for Refugees and Migrants – Africans already shoulder much of the global burden of care for refugees fleeing war, repression and the climate-related economic push factors already emerging across the globe. Sub-Saharan African countries host more than 26 percent of the world’s refugee population, according to the United Nations High Commissioner for Refugees (UNHCR), often in countries with limited resources where their own governments are in crisis and armed conflict is reality.

This summer’s renewed fighting in Central African Republic (CAR) sent fresh waves of refugees into Chad and Cameroon, where – in addition to neighboring Democratic Republic of Congo (DRC) – nearly a half-million people have fled for safety. Chad and DRC, along with Ethiopia, Kenya and Uganda, accounted for half of the Top 10 hosting countries for the world’s 21 million refugees in 2015; those numbers don’t account for other migrants, or internally displaced persons. At the same time, four of them are least developed countries, often struggling to embrace democratic reforms and basic human rights protections.

Of the Top 10 source countries for refugees and migrants, six are African nations – and the DRC falls on both lists. South Sudan just marked the sad milestone of 1 million refugees, with another 2 million internally displaced. These refugees also are dispersed across the CAR and DRC, but most have fled to Ethiopia, Sudan, Uganda and Kenya. It’s important to note that these countries have kept their borders open – as have host nations in the Lake Chad region – even as Europe continues to build walls, and the United States considers a presidential candidate whose xenophobic policies would bar the doors to refugees.

As U.S. President Barack Obama plans a Leaders’ Summit on Refugees, to be co-hosted by Ethiopia and five other nations on Tuesday after the General Assembly, American lawmakers said they seek to freeze funding for Obama’s existing refugee program. A letter sent on Thursday and signed by 37 members of the U.S. Congress cites ISIS, the threat of terrorism, and the “attacks by radical Islamist jihadists in Paris” and other locations as the rationale for preventing federal funds to admit refugees from Syria and the MENA nations. In many cases, the migrant routes through North Africa, notably Libya, serve Africans instead.

“ISIS has repeatedly declared that they would infiltrate the refugee community that is leaving the Middle East and flooding into Europe,” the letter concludes. “The attacks across Europe over the past year appear to be a fulfillment of that threat. We cannot allow the refugee program to serve as a Trojan Horse threat to American national security.” However, as is the case with the European proposals, the letter protects U.S. funding to provide for the care of refugees overseas – just so long as they stay there.

The shared EU-U.S. response to Syrian refugees would be tragic enough if it didn’t influence decisions made in Africa as well. Kenyan President Uhuru Kenyatta, originally listed as a provisional speaker during the U.N. summit, canceled his trip at the last minute.  The Daily Nation reports a Kenyatta spokesman said it was to “handle the fast moving situation in Somalia and South Sudan,” but Kenyatta has faced widespread criticism for his decision to close Dadaab, the world’s largest refugee camp and home to 350,000 people, many of whom fled Somalia decades ago. The EU deal with Turkey influenced Kenya’s decision to close Dadaab, and it underscores the western hypocrisy that analysts and NGOs confront.

As the U.N. gathers to contemplate a proposed global compact on migration, it’s precisely that hypocrisy that needs to be addressed. The poorest African nations, living within their own precarious peace, have opened their borders – and their homes, schools and businesses – to millions of people seeking refuge.

The developed world has no excuse for its failure to do so, and no credibility in claiming any spirit of cooperation from its castle stronghold. Not while its leaders are more interested in building a moat to protect it.