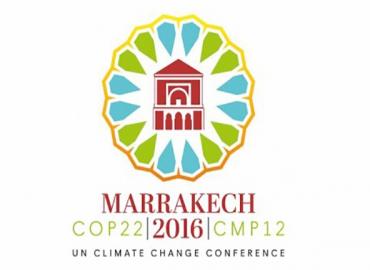 Morocco, host of the COP22 conference in Marrakech this November, was one of 31 countries to ratify the Paris Agreement on climate Wednesday. The Moroccan commitment, alongside that of Ghana, Uganda, Madagascar and Niger, brings to 60 the nations that have ratified the action plan to reduce greenhouse gas emissions, and to limit the dangerous effects of climate change and global warming.

The nations presenting their Paris Agreement ratifications at the United Nations General Assembly meeting in New York pushed the total past the 55 countries needed for the pact to be in force, but they still fell short of the total global emissions threshold that participating nations need to reach.

“These countries represent almost 48 percent of global emissions, just shy of the 55 percent needed for entry into force,” the UN Framework Convention on Climate Change (UNFCCC) said in a release. “In addition, 14 countries, representing 12.58 percent of emissions, committed to joining the agreement in 2016, virtually assuring that the Agreement will enter into force this year.”

Cote d’Ivoire is among the 14 nations pledged to do so. U.N. Secretary General Ban Ki-Moon said he is confident that ratification will happen amid the unprecedented momentum on climate, which will continue at the COP22 meeting.

Moroccan Minister and COP22 Special Envoy Hakima El Haité delivered a keynote address at Climate Week, also in New York, calling on the global community to move from agreement to robust action when they arrive in Marrakech. The COP22 conference runs from 7 November through 18 November.