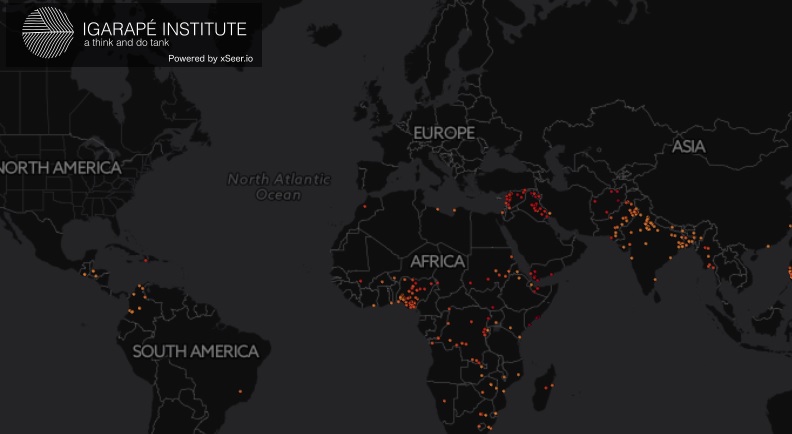 Most of the world’s fragile cities are clustered in Africa and Asia, with cities in Somalia, South Sudan and the Democratic Republic of Congo (DRC) among the most high-risk cities in the world. That’s according to a consortium, led by the Igarapé Institute, that studied urban fragility across the globe in order to better understand both the stresses caused by global migration to cities and the strategies to change them.

Among many African countries, the most common factors driving up city fragility scores are chronically high unemployment rates and low access to electricity, said Robert Muggah, research director at the Igarapé Institute.

All African cities in the study, not just those in conflict regions, have medium (51 percent) or high (44 percent) fragility scores, defined as a measurement of 11 different variables. These include population growth rate – a significant factor as African cities dramatically outpace urban growth in other parts of the world – as well as climate risks, income inequality, and overall access to basic services.

The scoring results were then mapped, in order to create a readily accessible visualization of the data.

Conflict, terrorism and related security issues are factored into the score, and contribute to the overall reasons why Juba, Mogadishu or Bunia are among the most fragile of the 2,100 cities included in the study. Yet those factors are by no means the final word on fragility; strategies that put urban centers and citizen engagement at the forefront for global institutions like the World Bank or IMF, rather than a continued focus solely on states, may prove successful at driving change to create thriving and connected cities.