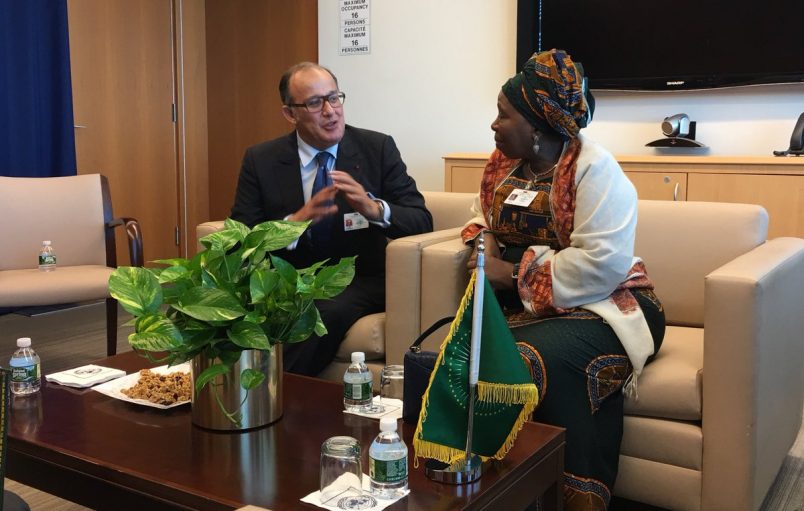 Morocco has submitted an official request to join the African Union (AU), more than four decades after leaving the AU over the disputed Western Sahara territory and ongoing clashes over its sovereignty.

The two met in New York City during this week’s United Nations General Assembly, where Fassi Fihri provided a copy of the AU membership request to Dlamini Zuma. The formal request follows the July announcement of Morocco’s intent during the AU summit in Rwanda.

Morocco, under King Mohammed VI, remains the only African nation that is not a member of the AU. The international organization recognizes Western Sahara as an independent state, and Morocco has refused to consider AU membership unless the membership status of Western Sahara was withdrawn.

Morocco’s announcement comes amid heightened tensions between the kingdom and the Polisario Front in Western Sahara, which has drawn concern from outgoing UN Secretary General Ban Ki-Moon over regional escalation, as well as continued conflict with UN and European Union officials.

South African President Jacob Zuma appealed for a final resolution for both Western Sahara and the question of Palestine during his UNGA address this week.

“It is important that the United Nations should carry out its historic mission in ensuring that the two longest outstanding decolonization and occupation issues are resolved once and for all,” Zuma said.