Home>News>African leaders reflect on the death of Israel's Shimon Peres
By AT editor - 28 September 2016 at 6:35 pm 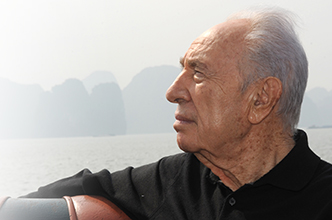 African leaders offered their condolences Wednesday on the news that Shimon Peres, former prime minister and president of Israel, has died.

Peres was a 1994 recipient of the Nobel Peace Prize, following his work on the Oslo Peace Accords alongside the late Yitzhak Rabin and Palestinian leader Yasser Arafat. He was hospitalized in Tel Aviv following a severe stroke in recent weeks. Peres was 93 years old.

In his statement, President Uhuru Kenyetta of Kenya said he will remember Peres as a man of courage, “never afraid to fight for what was right (and) always ready to make peace when the time was right.” Kenyatta said he learned much from Peres’ advocacy for peace and reconciliation, and extended his condolences on behalf of the Kenyan people to both the Peres family and the nation of Israel.

In Rwanda, Foreign Minister Louise Mushikiwabo offered the condolences of the nation. “Sympathy and solidarity with Israel, the family and many friends of Shimon Peres; a great statesman has passed on!” she wrote in a Twitter message.

In South Africa, where the news and legacy of Peres were met with mixed reviews rooted in the apartheid era, the Department of International Relations and Cooperation issued a statement calling Peres an architect of peace and an inspiration to renew the peace process, the Times of Israel reports.

Egyptian officials had not yet confirmed that Sisi planned to attend.