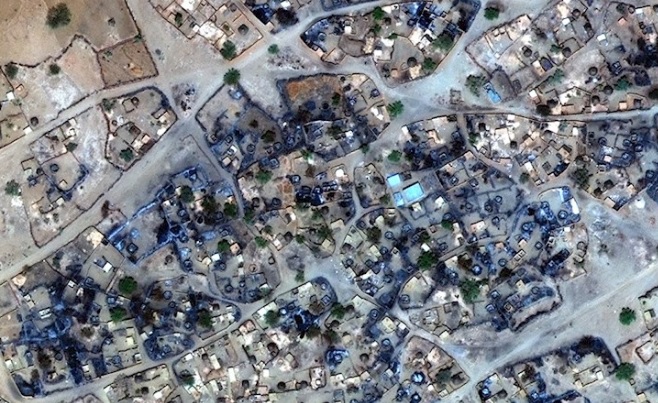 Sudanese forces are suspected of using chemical weapons in attacks against civilians, according to an Amnesty International report released Thursday.

The global human rights group said an investigation using satellite imagery to support more than 200 interviews with survivors, combined with expert analysis of images, suggests at least 30 chemical attacks have occurred in the Jebel Marra area of Darfur since the beginning of the year.

An estimated 200 to 250 people may have died in the attacks, with many of the victims children. The most recent attack, Amnesty reports, was just three weeks ago.

“The use of chemical weapons is a war crime,” said Tirana Hassan, Amnesty’s Director of Crisis Research, in a statement released with the report.

“The evidence we have gathered is credible and portrays a regime that is intent on directing attacks against the civilian population in Darfur without any fear of international retribution.”

The chemical agents have been delivered by bombs as they fell on villages, Amnesty reports. Survivors described illness that followed bombings, with symptoms that included vomiting, blistered skin, loss of vision and other eye issues, and respiratory complications that are the most common cause of the reported deaths.

The Amnesty organization asked two independent chemical weapons experts to review the findings. They concluded that the evidence strongly suggests vesicants, the blistering agents that include sulfur mustard gas and nitrogen mustard.

The rights group calls on the United Nations Security Council to investigate the use of chemical agents, while ensuring the arms embargo is enforced and extended to the entire country. Amnesty also wants UNSC to pressure Sudan into ensuring access for humanitarian organizations and peacekeepers in the region.

Sudanese leader Omar al-Bashir is previously charged with crimes against humanity and genocide, and has been wanted by the International Criminal Court since 2009.