Home>In Depth>Uneasy Ghana seeks to build trust, keep peace ahead of elections
By AT editor - 2 October 2016 at 7:06 am 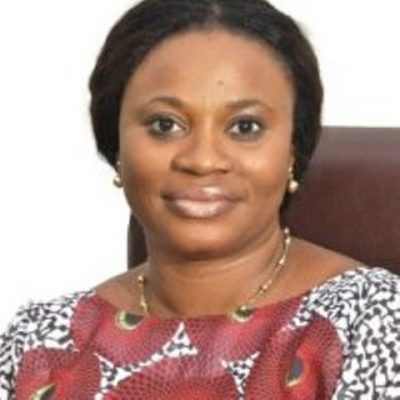 The annual palm festival at Dzodze, in the rural Ketu North district of Ghana, has known better times.

The oil palm industry on which the region depends is described as anemic – which might well describe the Ghanaian economy as a whole, even with a modest boost from its recent Moody’s rating upgrade. As the nation pushes toward the December 7 presidential election, the economy is a flashpoint for both President John Mahama and his challenger, New Patriotic Party (NPP) candidate Nana Akufo Addo.

Yet the economy, and youth employment in particular, is just one of the contentious issues that have Ghanaians and observers wary of election-related violence. The West African nation historically has escaped the worst manifestations of unrest seen among its neighbors, and its stable democracy is a point of pride.

It’s precisely that pride to which Mahama appealed at the Dzodze festival, as he told the crowd that Ghana risks losing the respect of an international community if it fails to protect the peace.

“As president and commander in chief of the armed forces of Ghana, I am going to ensure that peace prevails before, during and after the elections,” he told the Ketu North voters, who chose him over Akufo Addo with an unequivocal 86 percent of votes in a fiercely contested, unforgotten 2012 election.

“All citizens have a role to play, in order that Ghana continues to be identified as the model of democracy in Africa,” Mahama said. Local media adds Mahama then appealed for unity no matter who is elected, and turned toward economic issues and the promise of assistance for oil palm plantations.

Yet Mahama won the 2012 presidential election with just 51 percent of all votes, a slim margin that was decided some eight months later when the Supreme Court of Ghana upheld the result by a narrow 5-4 ruling. Although the NPP claimed voting irregularities and election fraud – a shadow across Ghana four years on – Akufo Addo’s acceptance helped to prevent violence. Mahama’s campaign seeks to do so too.

The cautionary remarks of an incumbent candidate on the campaign trail might be easier to dismiss as routine if Ghana wasn’t so frustrated. Charlotte Oesi, Ghana’s Electoral Commission (EC) chairwoman, said last month that the combative tenor of political discourse was leading to a volatility that threatens security.

That’s been true in Suhum, in southern Ghana, where last weekend the EC office was shut down after clashes between NPP and Mahama’s National Democratic Congress (NDC) supporters. It’s true in Buipe, Damongo and Central Gonja offices to the north, as the ire over candidates and voting rolls is mounting.

That’s alongside disputes over land in the northern Bole-Bamboi district – nine people died in July, with new feuds this week – and recurring clashes in the southern Ashanti region that some security analysts believe are connected to the 2016 elections but also the wider trend of an emerging regional militancy.

It’s not much better in parliament, where opposition efforts to impeach Mahama stem from allegations of bribery, after he accepted a vehicle as a gift from a Burkinabe contractor. For their part, NDC leaders publicly warn that if Akufo Addo is elected in what is expected to be a tight race, he’ll send their officials to jail.

Akufo Addo campaigns hard on corruption and the economy, but that invites more opposition from those who feel they’ll be disenfranchised if the NPP wins. Among his supporters is an evangelical pastor who just days ago prophesied that Osei will die if she cooperates with the NDC, rigs the election and Mahama wins.

Understandably, then, Osei calls on all candidates to condemn their supporters’ actions when necessary, and for the media to be more prudent in reporting and programming. Her concerns are shared by Afi Yakubi, executive director of an NGO based near Accra that offers election training workshops for youth ambassadors tasked with modeling a peaceful influence in their communities.

Yakubi’s Foundation for Security Development in Africa (FOSDA) works with authorities who are identifying potential flashpoints.

“Sadly, some of the indicators that lead to violent elections that other countries have experienced are here with us,” Yakubi told journalists, “and that is why FOSDA is advocating that politicians must be mindful of their utterances in order not to create tension before, during and after the polls.”

A team of African and American experts who assessed the Ghanaian climate in August described some of those indicators. The delegation of the International Republican Institute (IRI) and the National Democratic Institute (NDI) found Ghanaians concerned about the inflammatory language and the misinformation.

The NDI has worked on building democracy and electoral processes in Ghana for 20 years. Now, they’ve noted a polarized environment marked by a lack of confidence in the electoral commission that the 2012 experience left in the public mind – a mistrust borne out by findings in a new Afrobarometer study.

The Accra-based research organization found that Ghanaians’ trust in their electoral commission was among the lowest of 36 countries studied. Less than half, at 46 percent, said their elections were free and fair, and more than a third expressed some measure of fear of political intimidation or violence.

In recent weeks, it’s seemed that those fears aren’t entirely misplaced. The anger of voters in Gabon, or among increasingly tense citizens of Kenya or Liberia – nearly half of African nations hold elections this year or next – serves as a sobering reminder of what’s at stake for Ghanaians.

With pressing economic issues today but a still-promising horizon, Ghana needs to protect itself from the scars its neighbors have known. The 2012 election may have left its mark, but Ghana has an opportunity for trust and transparency now, and now is when that’s needed more than ever.