Home>News>No visas for Gambian officials in rare U.S. move on deportations
By AT editor - 4 October 2016 at 5:15 pm 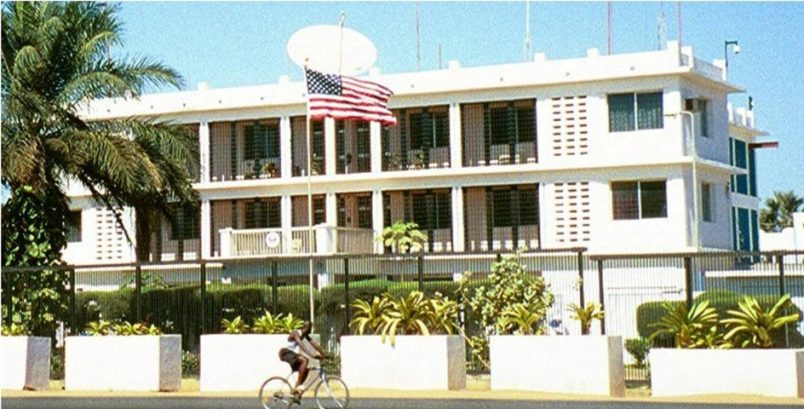 Beginning this week, Gambian government officials no longer have access to visas for United States travel. The decision comes as the U.S. moves to crack down on The Gambia, but it may affect other African countries that hold up deportations by failing to cooperate with legal and travel requirements.

The United States Embassy in Banjul announced that a rarely-used legal provision, one that permits U.S. visas to be withheld when a foreign nation isn’t compliant with accepting deportation of its citizens, now is applied to The Gambia. The U.S. says it has 2,000 Gambians it has tried unsuccessfully to return.

Exceptions for travel based on U.S. international obligations or humanitarian reasons may apply, the U.S. State Department said.

The decision is being watched by other African nations, including Ghana, where the rule could be invoked. Some 3,500 Ghanians are awaiting deportation, the Washington Times reports.

Ghana and Somalia were listed among the Top 5 global offenders this summer, when conservative U.S. Senator Chuck Grassley called on the Obama administration to stop issuing visas to all citizens of some 23 countries that refuse to take back their illegal immigrants.

Eritrea, Zimbabwe and Sierra Leone are among at least 15 African nations on that list, according to Ghana Business News.

Grassley said the American immigration law provision – though used only once before, in 2001 with Guyana – also should apply to China, Cuba and India. Another 62 countries are being monitored by U.S. immigration officials for their failure to repatriate citizens.