Home>African Future>Tunisia, the EU-Turkey migrant deal and Merkel's Africa travels
By AT editor - 9 October 2016 at 7:36 am 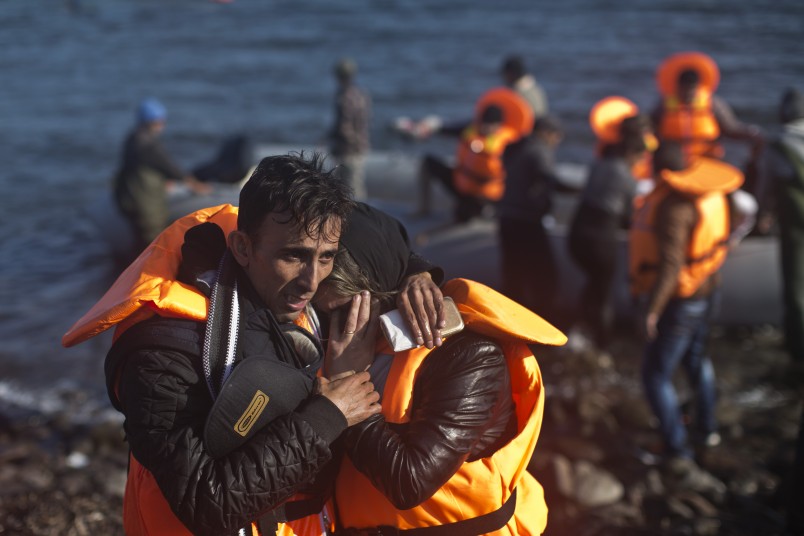 German Chancellor Angela Merkel begins a trip to Africa Sunday, visiting the nations of Mali and Niger to discuss their security and counterterrorism strategies before heading to Ethiopia. She’ll arrive in Addis Ababa amid the nation’s escalating unrest and the international attention to its alleged human rights violations, issues that Merkel has been asked to address by Ethiopian activists and rights organizations.

Yet Merkel’s focus is on European security, and specifically migration, as she meets with African leaders to discuss cooperation on stemming the tide of refugees and migrants. The stability of the European Union depends on Africa’s future, Merkel has said, and that future needs to be looked at in a new way.

What may complicate her journey are differing views – from Brussels to Tunis to Ankara – on what a new way means, and what that’s looked like so far.

Merkel advocates European investment in preventing African poverty, human rights abuses and conflict as the root causes of migration. All three countries on her itinerary are among 23 nations eligible for development assistance under the EU Emergency Trust Fund for Africa, established last November at the Valletta Summit. The fund, with its initial allocation of €1.88 billion, is meant to improve the outlook of nations in the Lake Chad and Horn of Africa regions that are significant sources of migration.

At the same time, the fund targets five North African states that serve as transit points of Mediterranean migration, and it’s where Merkel isn’t going – Tunisia – that may be the one to watch.

The EU overtures toward Tunisia

Tunisia is high on Europe’s list of partner nations that may be ready to strike a deal similar to the one Turkey negotiated in March, but how engaged Tunisia really is remains to be seen. Tunisia is slated for talks with the EU on Wednesday to discuss migration, return policies and Tunisia’s EU visa access.

“Tunisia could be the first country in the EU’s Southern neighbourhood to benefit from an effective and ambitious visa facilitation agreement,” the European Commission said in its statement, referring to the existing diplomatic framework the EU has with countries to the south and east of its member states.

Tunisia would see up to €300 million in 2017, with up to €800 million in support by 2020 if European financial partners get on board. Trade deals are on the table, as are commitments to help stabilize Tunisia’s still-fragile social and political processes, and boost its success in the fight against terrorism. The EU appears eager to seal a deal.

Yet even Tunisia’s existing 2014 agreement with Europe has been something of a disappointment.  Human rights activists say the Mobility Partnership has not lived up to expectation in Tunisia, where migrants and refugees who return still suffer human rights abuses. Nor has it really had much impact in stemming the tide of those who feel forced to make a perilous journey across the sea, an observation shared by security analysts who say the pact has not yielded much in the way of results.

“Despite the declarations of love for Tunisia, the Tunisian revolution and the Tunisian people, the state treasury is still empty and the insignificant loans that Europe offers aren’t enough to talk the politics of development which could restrict migratory flows and give Tunisia the chance to make a breakthrough,” says Ramy Salhi, director of EuroMed Rights Maghreb, in a recent interview.

Tunisia is not Turkey

Any skepticism in Tunis echoes the more aggressive dissatisfaction of Turkish President Recep Tayyip Erdoğan, whose own EU deal is fraught with complications and new ultimatums that don’t necessarily augur success in the African nations where Merkel says she’d like to see it serve as a model.

The March agreement immediately ended refugee and migrant crossings from Turkey to Greece, with a €6 billion package to aid Turkey – provided that Ankara sealed off its routes to the EU. It also added a promise to lift visa restrictions for Turkish citizens by the end of June, and a recommitment to Turkey’s EU membership consideration.

But just seven months on, Erdoğan now demands the EU make good on its visa promise for travel in the Schengen area by the end of October – a promise delayed by the damage done to the EU’s relationship with Turkey after the July coup attempt, and because of Erdoğan’s authoritarian and repressive shifts.

For his part, an indignant Erdoğan told Turkish parliament just days ago that it’s the end of the road for his nation in the slow quest to join the EU. “The fact that our country has been kept waiting at the door for 53 years shows your (the EU’s) opinion towards us,” Erdogan added, warning that October will be a turning point.

There’s no template in Turkey

Further complicating the picture for Tunisia – and for Merkel’s objectives in Africa – is the EU assertion that Turkey should not be promoted as a blueprint for Africa.

Johannes Hahn, an Austrian who oversees negotiations within the EU’s European Neighbourhood Policy framework, told German media outlets that it was “counterproductive” to continually compare Turkey with other nations and situations.

Brussels would prefer that Merkel not raise similar expectations for African nations, Hahn said, just ahead of Merkel’s trip.

Merkel’s best bet is to listen to advisors who warn against a one-size-fits-all approach, as she meets with African leaders who have reason to be skeptical about both Europe’s motives and its money. Thinking of EU stability, migration and African development in a new way begins with Merkel, too.

Her ability to engage African leaders and their citizens on mutual goals, and on the basis of real partnership that goes beyond politics on paper, will begin to reveal what a new future looks like and how Africans will get there.