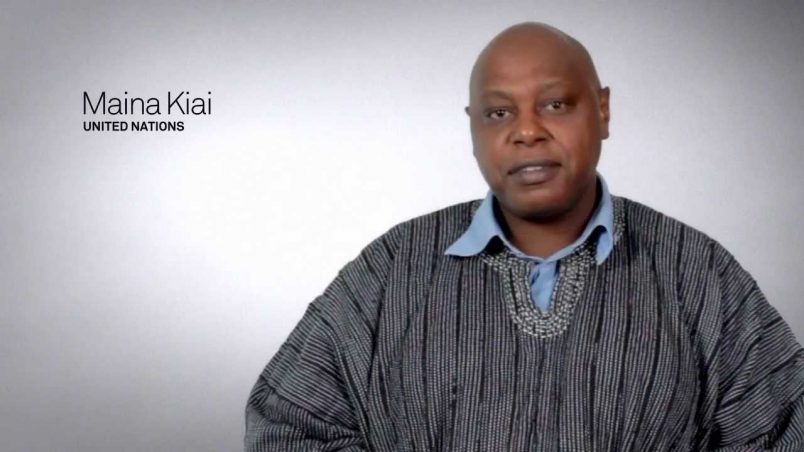 A group of United Nations human rights experts called Monday for Ethiopia to allow an international inquiry into the country’s detentions and violence against peaceful demonstrators.

The U.N. appeal – for the second time this year – urged Ethiopian authorities, who placed the nation under a state of emergency over the weekend, to end the repressive crackdown on its citizens.

“We are outraged at the alarming allegations of mass killings, thousands of injuries, tens of thousands of arrests and hundreds of enforced disappearances,” said Maina Kiai, a Kenyan lawyer who serves as the UN Special Rapporteur on freedom of peaceful assembly and of association. “We are also extremely concerned by numerous reports that those arrested had faced torture and ill-treatment in military detention centres.”

In the statement, issued jointly with other UN human rights officials, Kiai noted that the deaths at last weekend’s Irreecha festival continue the pattern of “a calculated campaign to eliminate opposition movements and silence dissenting voices,” one that relies on Ethiopia’s own counterterrorism provisions to restrict human rights among citizen activists. Ethiopia said Monday that foreign nations are behind the protests.

Ethiopian Prime Minister Hailemariam Desalegn told the nation Sunday that a state of emergency will remain in force for the next six months. It’s the first time the measure has been used in the past 25 years, and followed an emergency Council of Ministers decision to use the country’s constitutional provision in response to stop the escalating violence and unrest in the Oromia region.

Roads around Addis Ababa are blocked, and mobile data and much of the Internet access is shut down, activists report.

The UN appeal and state of emergency come as German Chancellor Angela Merkel heads to the capital, completing a brief tour of African nations for talks on security and migration. Ethiopian activists and rights organizations, including Human Rights Watch, have asked Merkel to stress the need for democratic reforms.