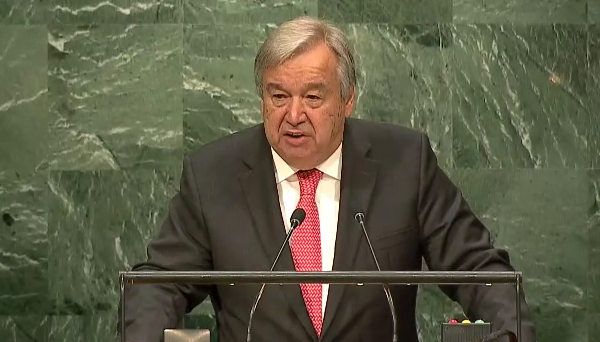 The United Nations General Assembly formally appointed António Guterres as the next UN Secretary General on Thursday. The 67-year-old Guterres will succeed Ban Ki-moon when he steps down at the end of the year.

Guterres, the former prime minister of Portugal, served as the head of the UN High Commission on Refugees for a decade, leaving the office just last year. He has worked extensively with UNHCR and NGOs in Africa and across the globe, and is deeply aware of the complex issues facing the continent.

“Over the last ten years I have witnessed firsthand the suffering of the most vulnerable people on earth,” Guterres noted in his UN acceptance address, as he promised to be a bridge builder and honest broker serving all member nations as Secretary General.

Guterres acknowledged that commitment in the context of the UN’s new selection procedures, noting that he had been chosen by all UN member nations. The selection process was traditionally decided by just a few powerful countries in private, but for the first time has involved public discussions with each candidate in a more open campaign process for the post.

The outgoing Ban praised the selection and the experience of his successor. “Guterres is well known to all of us in the hall,” he said, “but he is perhaps best known where it counts most: on the frontlines of armed conflict and humanitarian suffering.”

His experience and leadership on migration and refugee movement are expected to serve Guterres well, as the new Secretary General faces the twin challenges of conflict and climate in the coming decade.