Home>African Future>Russia is calling, but how should Africans answer Putin?
By Laureen Fagan - 16 October 2016 at 7:00 am 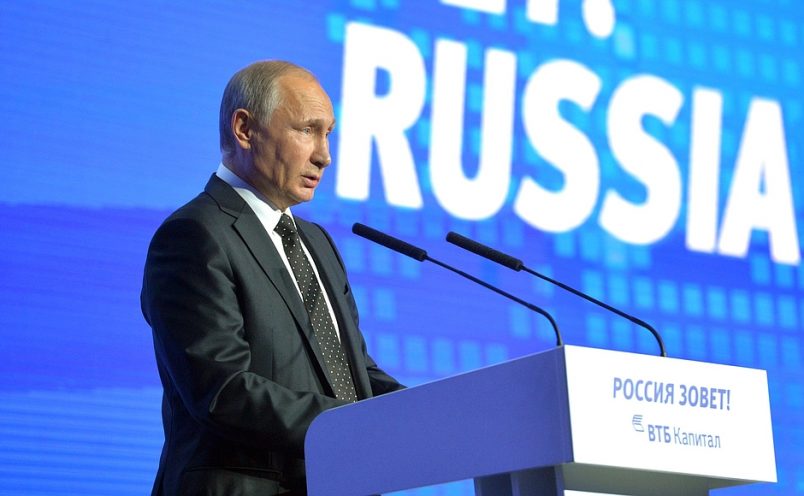 Russian and Egyptian forces begin joint military exercises this weekend at Al-Alamein, a city on the Mediterranean coast to the west of Alexandria. The nine-day exercise runs through October 26 and will focus on strategies for removing armed terrorists in a desert environment. It is one of 30 such exercises Egypt has planned for this year and next, with some 20 different African and Arab nations.

Russia’s participation, following on last year’s naval exercises, marks a new direction for Egypt as the nation navigates its own internal challenges and its strained relationships with both the United States and Saudi Arabia. Yet it’s an even more intriguing move on Russia’s part, with implications for the African continent beyond the MENA states that – with the emphasis on the Syrian crisis – are less visible.

“For the first time in history a Russian paratrooper unit with its own weaponry and equipment is planning to leave for Africa to participate in a joint international exercise,” the Russian defense ministry said in a statement that suggests, at least in part, the turn toward a wider Africa that Moscow envisions. It’s one that also draws a demarcation between the Soviet era and this “first” for Russia in that history.

The expansion of Russia’s military influence isn’t limited to a physical presence in Egypt, where talk of leasing the old Soviet-era base at Sidi Barrani was reported by Russian media last week though Egyptian officials deny any deal is on the table.

“We keep expanding cooperation with most of the countries no matter where on the continent, both in Northern Africa and with states to the south of the Sahara,” said spokesman Yury Demchenko. Uganda and Zimbabwe are joined by newer clients in Namibia, Cameroon, Tanzania and Mozambique, he said.

While Russia’s defense interests are making headlines, it’s the economic possibility in Africa that also is getting a second look. President Vladimir Putin and South African President Jacob Zuma reaffirmed their relationship during the BRICS meeting in Goa, India, this weekend, with Zuma inviting Putin for a 2017 state visit. Putin’s remarks earlier in the week also emphasized Russia’s renewed interest in African ties.

Speaking to the “Russia Calling” VTB Capital Investment Forum, Putin told participants that Russia wants to increase its investment in Africa, primarily through BRICS, its new development bank and its regional ties.

“You know that we have created financial instruments at this group,” Putin said, “including those aimed at cooperation with African countries not only through the South African Republic, but also directly through ties with our African partners. We are aware of opportunities in Africa.”

A Gabonese participant told Putin that Africa is calling Russia to explore business interests, not just the other way around. In the post-Soviet era, however, Russia has been slow to capitalize on opportunities.

China set the pace on investment and African influence, India has cultivated trade, the United States has corporate and humanitarian interests, and the European Union is making Africa development a priority – but Russia, with its continental Cold War legacy and philosophical footprint, hasn’t had the capacity or will in the new era.

Putin told forum attendees that Russia doesn’t intend to raise its profile in Africa “as the Soviet Union did, that is exclusively out of political considerations.” He assured them that Russia knows Africa’s potential is huge, with opportunities to be evaluated instead on the basis of mutual interest and market principles.

Quietly, Russia has been building its African presence and power in a less aggressive manner; on the other hand, as former U.S. diplomat David Shinn said in a recent interview, Moscow has never shown much high-level political interest in Africa, and Turkey’s trade numbers are greater than Russia’s. Just six African nations, according to a University of Pretoria journal, account for 80 percent of all trade with Russia.

That’s changing fast in a complex environment. The tensions over Syria saw Russian Foreign Minister Sergei Lavrov in Lausanne on Saturday for less-than-fruitful negotiations with his regional counterparts. At the same time, Russian U.N. Ambassador Vitaly Churkin said the U.S.-Russia situation was at its worst since 1973 when Egypt and Syria attacked Israel, a time that’s been compared to the Cuban Missile Crisis of 1962. That comparison is being made by Russian analysts and thought leaders even more than in the West, and fast-moving political dynamics may be accelerating the turn toward Africa that’s been delayed.

So any “African pivot” on the part of Moscow, however welcome, isn’t occurring in any apolitical post-Soviet vacuum as Putin described. The strengthening ties with Egypt express Russia’s interest in an expanded footprint for its military as well as its economic influence, and continues along the trajectory that Putin has chosen to position Russia as a re-emerging global power.

The Syrian tragedy, and escalations with the U.S. and Europe, are rightly getting more attention and may prove yet again the reason why Moscow’s resources – and interest in Africa – ultimately are diverted. On the other hand, as the CEO from Gabon made clear, Africans are calling Russia too. It’s up to both to decide how to advance Africa’s goals, and what those partnerships and strategic alliances look like.