Home>Articles>Ban, global leaders call on Ethiopia to protect human rights
By AT editor - 17 October 2016 at 9:48 pm 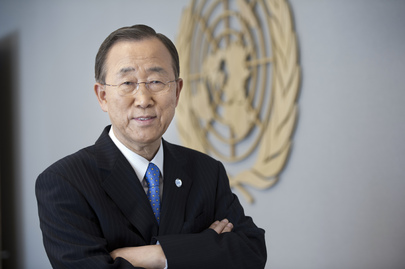 U.N. Secretary General Ban Ki-moon is urging the Ethiopian government to ensure “the protection of fundamental human rights,” the AP reports. A Ban spokesman said Monday the Secretary General “reiterates his call for calm” and urges inclusive dialogue in Ethiopia.

The United States also has expressed its concern over Ethiopia’s declared state of emergency, with an emphasis on protecting fundamental freedoms and preventing human rights violations – even as Ethiopian officials revealed strict rules over the weekend that restrict speech on social media and public gatherings.

“We are troubled by the potential impact of the decision to authorize detention without a warrant and to further limit freedom of expression, including by blocking Internet access, prohibiting public gatherings, and imposing curfews,” the U.S. State Department said in a prior statement. “Arresting and silencing independent and critical voices is self-defeating and will lead to greater polarization, and makes it harder to find a solution acceptable to all Ethiopians.”

The subsequently released rules, made public on Sunday, make clear that Ethiopian authorities plan to enforce the strict measures during the state of emergency that they previously have employed.

The American message is similar to that of the African Commission on Human and People’s Rights, which called on Ethiopian officials to avoid interfering with citizens’ Internet access or imposing a ban on all protests.

European leaders including German Chancellor Angela Merkel, who last week visited Addis Ababa, also have expressed concern, as have human rights organizations. Among them is Human Rights Watch, which has called on the EU for stronger action on Ethiopia.