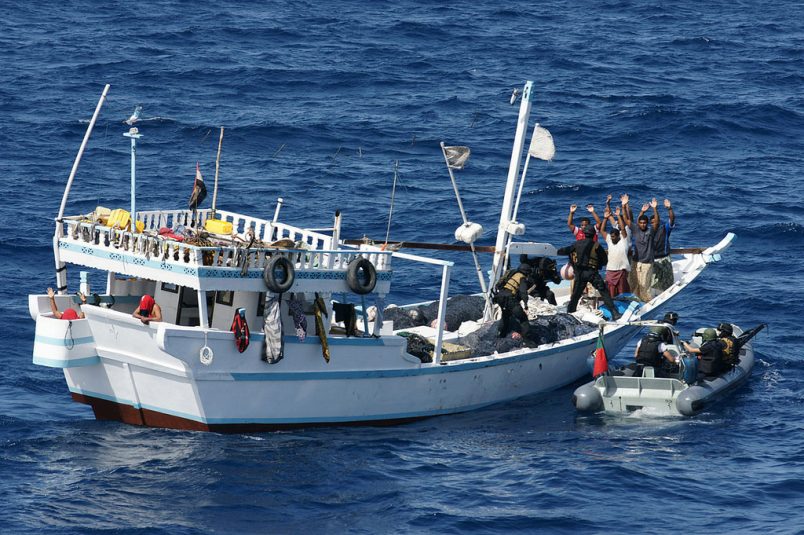 Somali pirate gangs are holding 39 hostages, five of them from Kenya, according to a United Nations Security Council report that highlights the continued role of illegal fishing and its links to piracy risks.

The annual update on piracy and security interventions off the coast of Somalia listed the Kenyan hostages as well as 26 people held from the Naham 3, a vessel from Oman, and 10 hostages from the Iranian Siraj.

A slight rise in piracy attacks to a total of 15 still results in what is a fraction of those reported in 2011, when pirate attacks peaked at 237. Despite that continued progress, authorities remain concerned about the link between illegal and unregulated fishing operations and the incidence of piracy at sea.

“The rise in the number of seafarers held by pirates in 2015 is largely attributable to hijackings of small fishing vessels,” said the report. “Many local communities view ransom payments for hostages as compensation for what they perceive as fishing revenue lost through illegal, unreported and unregulated fishing by such vessels.”

This ultimately creates a driver for Horn of Africa pirate gangs, the UNSC assessment said.

Only one hostage has been released this year. A Kenyan man was rescued by Somali security forces in February after he was kidnapped onshore and held in the Mudug region. James Gachamba Kuria was returned to Kenya, but Lois Njoki, a female companion working to deliver medicine in Somalia, remains held, the Daily Nation reports.

Organized groups in Mudug and the Horn of Africa east of Boosaasoin Puntland remain a concern, the report said, with the potential for pirate activity to increase in “a security vacuum” caused by the political instability in Somalia and limits to the scope of an international naval force’s presence.