Home>In Depth>ICC responds on SA withdrawal as Africa wonders who's next
By AT editor - 23 October 2016 at 4:35 am 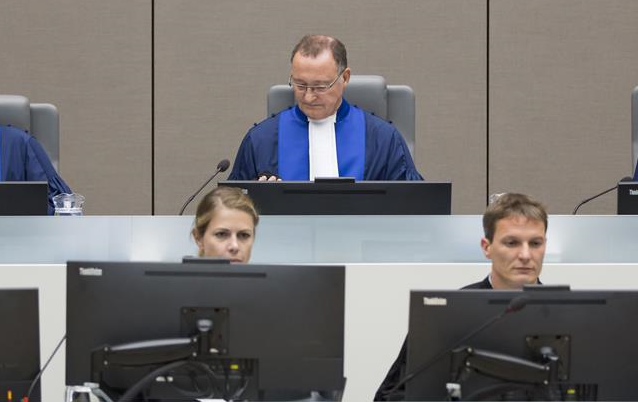 The International Criminal Court in The Hague acknowledged South Africa’s intent to withdraw from the Rome Statute on Saturday, while expressing its widely shared concern that other African nations will follow Pretoria’s lead and separate from their ICC treaty agreements.

“Although withdrawing from a treaty is a sovereign act, I regret these decisions and invite South Africa and Burundi to reconsider their positions,” said Sidiki Kaba, president of the Assembly of States Parties to the Rome Statute of the International Criminal Court.

Kaba called on active ICC member nations to remain so, while inviting those who have yet to ratify the Rome Statute to act in solidarity and put an end to impunity for those responsible for war crimes, genocide and massive violations of human rights.

South Africa’s decision came just days after the National Assembly of Burundi voted to leave the ICC, becoming the first country to do so although Burundi has not yet notified the United Nations of intent.

The South African Cabinet approved the decision Wednesday and publicly confirmed that a letter had been sent to the UN Secretary General on Friday, resulting in a troubled international community’s response – and growing fears that African nations, notably Kenya, will begin their ICC exodus.

‘Marching the country to a legal wilderness’

South Africa’s announcement was met with “a continent-wide outcry,” the Human Rights Watch nonprofit said Saturday. The organization issued a statement on behalf of aligned African and global human rights groups, including those from Kenya, Uganda, Nigeria and Democratic Republic of Congo (DRC), as well as Ghana, Sierra Leone, Malawi and South Africa itself.

“The decision by Pretoria to withdraw from the Rome Statute is a response to a domestic political situation,” said George Kegoro of the Kenya Human Rights Commission. “Impervious to the country’s political history and the significance of the ICC to African victims and general citizenry, the South African leadership is marching the country to a legal wilderness, where South Africa will be accountable for nothing.”

South Africa last year failed to arrest Sudanese President Omar al-Bashir, who is wanted by the ICC, thus triggering legal battles over its ICC responsibilities and its own domestic laws. Many analysts have asked if South Africa’s decision to withdraw from the Rome Statute also violates domestic law, as the nation moves forward without parliamentary approval or any democratic process that engages its citizens.

“South Africa has domesticated the Rome Treaty and thus it applies in the country,” argues Jeremy Sarkin, an international law professor at the University of South Africa and former head of South Africa’s national Human Rights Committee. Sarkin, a prolific and highly respected author with significant NGO experience, adds that the ICC decision must be seen in the wider scope of South African ambitions.

“South Africa’s position on the ICC over the past few years needs to be seen in the context of its desire to be a major role player in Africa, the AU and various international institutions, such as the UN,” Sarkin wrote in a weekend opinion piece. This action is neither a surprise nor departure for the nation, he adds.

“The government of South Africa has often supported decisions to stop action being taken against violator states at the Security Council, at the Human Rights Council and elsewhere,” Sarkin continued, “even where gross human rights violations have occurred, such as in Zimbabwe, Myanmar, North Korea, Syria and elsewhere.”

Yet Minister of Justice Michael Masutha, confirming South Africa’s intent on Friday, spoke directly to the al-Bashir issue in explaining that the ICC withdrawal and repeal of South Africa’s Implementation Act is meant to remedy existing legal conflicts that emerged because of him.

At the same time, South Africa will move forward in alignment with the African Union, the African Court on Human and People’s Rights and in concert with other African nations.

“Our unwavering commitment to the promotion and protection of human rights throughout Africa and elsewhere in the world is further demonstrated by our continued participation in various international and continental human rights instruments,” Masutha said.

Earlier this year, the African Union called on all of its member states to engage in “a more apt review” of their relationship with the ICC and its authority, which was established in 2002.

South Africa was the first on the continent to join, but discontent has grown as some African leaders feel their countries are unfairly targeted for prosecutions, while other nations – notably the United States– are not subject to its jurisdiction.

“Other African Union member states have accused the ICC of unfairness in servicing its mandate. They claim the court is targeting African states over other members,” the South African government noted in its statement. The nations listed in South Africa’s explanation included: Kenya, Ivory Coast, Libya, Sudan, DRC, Central African Republic, Uganda and Mali.

Some analysts believe Kenya may be next to leave the ICC.

The country plans to explore amendments to the Rome Statute in November, a process that may be influenced by an ICC court decision also handed down this past week. That case, involving witness interference charges in the case of Congolese militia leader Jean-Pierre Bemba, is similar to those in which Kenyan President Uhuru Kenyatta and Deputy President William Ruto have been implicated.

Kenya is expected to advocate for more limits on ICC prosecutorial powers. Under current rules, an ICC investigation is authorized when an alleged incident occurs in an ICC member state, was initiated by a citizen of those states, and is requested by the UN Security Council. An investigation also may be conducted when a country voluntarily cooperates with the ICC.