Home>African Future>Green Party's Baraka: Change must come to US, Africa relations
By AT editor - 25 October 2016 at 6:24 am 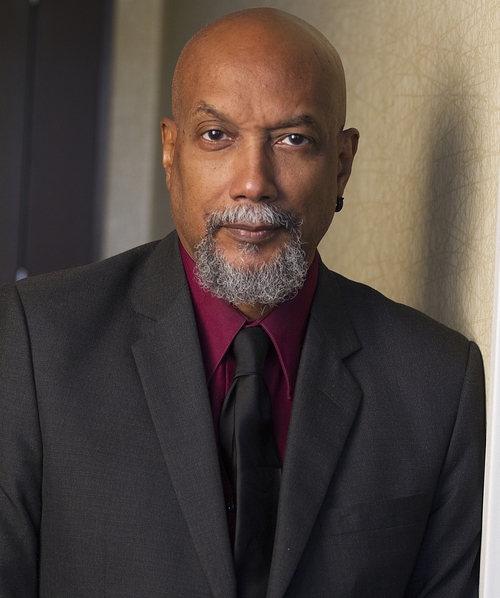 The dearth of discussion on African nations and issues during the U.S. presidential debates was an absence that did not go unnoticed – but that doesn’t mean that there aren’t candidates who understand that Africa’s young populations, growing economies and climate challenges are a diplomatic priority.

They aren’t always being heard, because candidates must meet a 15 percent polling threshold in the United States in order to participate in the highly visible televised debates. That leaves independent party candidates, conservative and left-leaning alike, with little opportunity to share their core ideas.

Among them is Ajamu Baraka, the vice presidential candidate running alongside Jill Stein on the Green Party ticket, whose focus on Africa’s future within the international community has been true for decades if not heard in the debates.

“It’s been quite obvious to many people, myself included, that the issues of Africa and the challenges that U.S. policy has related to Africa, have not been part of any mainstream conversations,” Baraka said Monday.

For him, that includes a rethinking of American intervention in places like Libya, a case that demonstrates the ripple effects that further a destabilization in Mali or the access to weapons that ultimately go to Boko Haram and other militants.

“It becomes a further excuse on the part of the U.S. to expand the mission of AFRICOM, and that’s not bringing stability,” Baraka explained. The longtime human rights activist, who has served with Amnesty International and Africa Action, among other groups, added that America needs to be as concerned about the violations of African leaders it counts among its allies as it is about jihadists and insurgencies.

“We need to ensure that people who are demanding autonomy and self-determination, that those are given the kinds of attention they deserve to be given,” Baraka said.

He specifically noted that the U.S. needs to cease using the Ethiopian state to carry out its own interests, and focus on a de-escalation of political conflict across the entire Horn of Africa that includes concern for Eritrean human rights as well.

Stein and Baraka campaign on climate, and Baraka – who has traveled to South Africa and western African nations – articulates the view that from a climate justice standpoint, it’s outrageous that impacts that already disproportionately affect the continent aren’t being discussed. In the United States, he attributes that to the leadership of both Republicans and Democrats in protecting corporate interests.

“There’s not much space between them, and the ruling-elite parties,” Baraka said of the leading U.S. presidential candidates. “Donald Trump is a business person and Hillary Clinton, despite the temporary rhetoric, supports fracking and offshore drilling and has no commitment to transforming the economy to a real green economy.”

The climate outcomes that follow from a commodification of nature – the unsustainable level of carbon emissions, the poisoning of land and water, the emerging migration crisis – are also a failure of justice that leads to more conflict.

Baraka pointed to increasing clashes between the Renamo opposition party and Mozambique government as a case where extractive fossil-fuel operations contribute to economic and social inequalities, within the wider context of history, ethnicity, race and other cultural influences.

“The solution is that sufficient pressure is going to have to come from the global south, and it’s coming,” Baraka said, hopeful that Africans, as well as global citizens living in Honduras or Haiti, will lead the way.

Baraka, a lifelong pan-Africanist, believes that they already are. “I think what people are not seeing is that there’s a real bottom-up insurgency among people on the African continent who are looking for alternatives to the neoliberalism model,” he said. “South Africa is a more dramatic expression of that, driven by young people, and it’s a revolutionary pan-Africanism.”

Baraka also is an editor and contributing columnist for the Black Agenda Report, often writing on African issues, and a writer for Counterpunch, Dissident Voice and other independent media outlets.