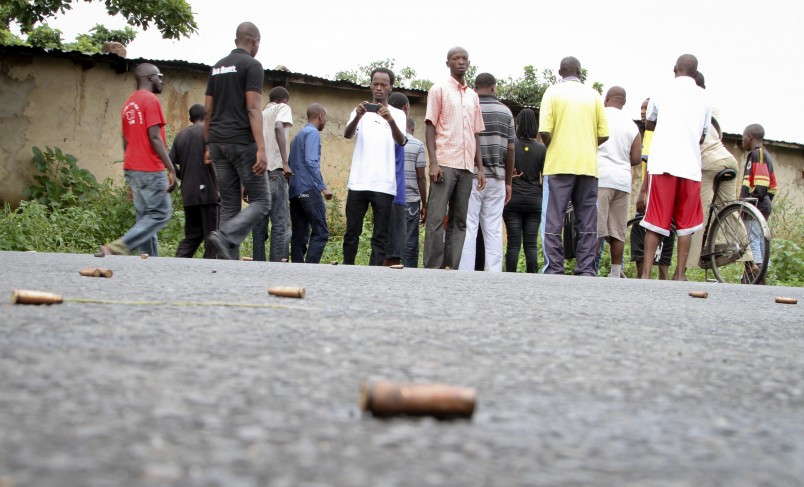 Burundi officials say they have notified the United Nations of their intent to withdraw from the International Criminal Court, a move that comes amid growing resentment and rejection of The Hague in some African nations – and in the context of a Burundi crackdown on dissent and press freedoms.

Burundi spokesman Willy Nyamitwe said Wednesday that a delegation from Burundi was in New York, as Reuters reported the nation’s foreign ministry had confirmed official documents were sent to the UN.

The international community has kept Burundi under close scrutiny since President Pierre Nkurunziza last year announced his successful July bid for a third term, deemed unconstitutional by the political opposition and outside observers. The ensuing violence led UN OHCHR head Zeid Ra’ad Al Hussein, almost a year ago, to warn that Burundi was teetering at the brink of civil war.

In recent weeks, Nkurunziza’s government has cracked down on activists and journalists with an intensity that has drawn alarmed responses from both Human Rights Watch and the Committee to Protect Journalists.

Salvador Nahimana, a reporter for the Catholic station Radio Maria, was arrested October 2 and remains in custody, while American journalist Julia Steers was released to the U.S. Embassy after she was detained this week in Bujumbura. Jean Bigirimana of the Iwacu newspaper has remained missing since July. The CPJ said at least 100 journalists have fled the country since April 2015.

Burundi tightened media restrictions on Monday, and has banned both the Burundian Union of Journalists and a list of NGOs that Interior Minister Pascal Barandagiye said had “tarnished the image of the country” and “sewed hatred and division in the heart of the population.”

Last month, the final report from the United Nations Independent Investigation in Burundi (UNIIB) found evidence of “hundreds of cases of summary executions, targeted assassinations, arbitrary detention, torture and sexual violence,” committed by the Government of Burundi or those complicit with it.

The UNIIB investigators also asked the Human Rights Council to reconsider Burundi’s membership, given the repressive regime’s “blanket denial” of human rights violations and an impunity described as endemic.

Burundi retaliated by denying access to UN human rights investigators earlier this month, as it moved forward with its decision to leave the authority of the ICC. South Africa and The Gambia have since followed suit.