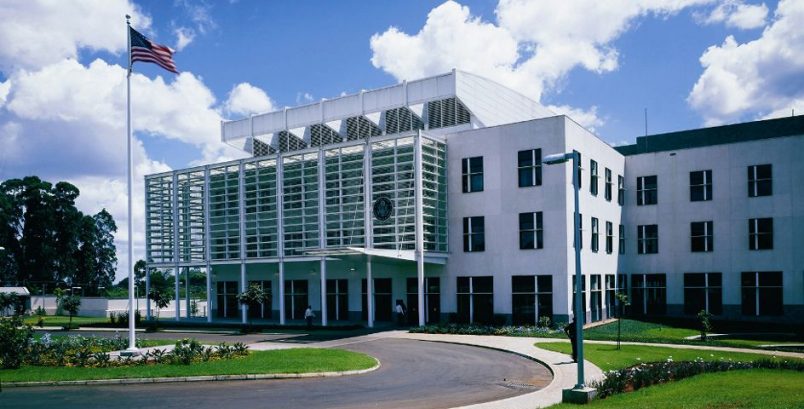 The United States Embassy in Nairobi confirmed a shooting near its facility Thursday, but said no embassy personnel were involved.

Kenyan officials tell the Associated Press that a man was fatally shot after attacking a guard outside the embassy wall. The man, a Kenyan from the Wajir region, stabbed the officer during the encounter. The guard was in stable condition, according to local media reports.

The Daily Nation also reported a description of the assailant, who police say was a suspected al-Shabaab terrorist of Somali origin.

The embassy incident comes just days after an attack in Mandera, a border town at the edge of both Somalia and Ethiopia. Twelve people died and at least four were injured in that attack, for which the al-Shabaab terrorist network claimed responsibility. The region has seen an increase in attacks primarily targeting Christians in the Mandera area, which is predominantly Muslim.

Uneasy Kenyans have appealed for greater security to protect them from attacks arising from the northeastern region, including Wajir as well as Garassa and Mandera counties.

In an editorial on Wednesday, the Daily Nation called the increasingly frequent attacks “an affront to our sovereignty that must be stopped” and pleaded for robust security patrols along the country’s border with Somalia.

The al-Shabaab organization has successfully recruited some Kenyans in the region, and seeks to disrupt Kenyan society by dividing its citizens along ethnic and religious lines, including a significant population of ethnic Somalis in Kenya.

There was no immediate word of a motive in the U.S. Embassy attack, or claim of responsibility from al-Shabaab or other groups.