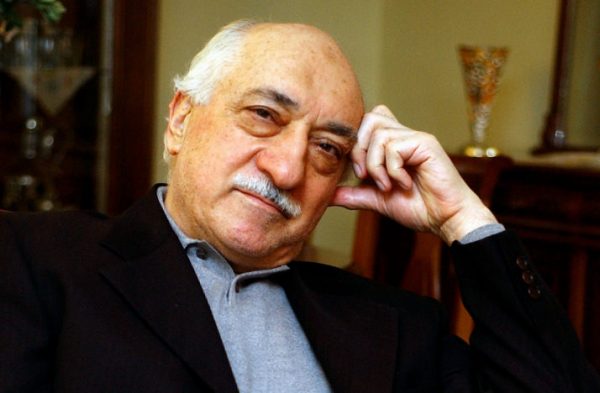 The latest round in Turkey’s internal war on Fethullah Gülen and the Gülen movement followers came late Saturday, when new decrees appeared in the nation’s Official Gazette.  They extend the crackdown on Turkey’s media outlets, establish control over university administration and push Turkey’s initial state of emergency into January.

Another 10,000 civil servants will lose their jobs as Erdoğan continues his campaign against suspected Gülen followers and other opposition in Turkey, bringing that total to 100,000, with more than 37,000 arrests, according to a Reuters report. President Recep Tayyip Erdoğan also has said he wants to re-establish capital punishment.

What’s been less visible to the international community is the political impact on African nations and their relationship with Turkey, including dozens that are home to Gülen-affiliated schools.

The rupture over Gülen is causing diplomatic pressure on African leaders across the continent, reflected most visibly in the demand to close an estimated 110 schools – almost all providing secular education – in Africa. At the same time, Turkey signals warnings about aid and investment consequences that attach to African governments should they fail to follow Erdoğan’s lead in ferreting out the Gülen influence.

In Sudan, Foreign Minister Ibrahim Ghandour confirmed on Wednesday that two Hizmet schools there are now closed in support of the Turkish government, with the education of 800 students transferred to a Sudanese firm. Any Gülen-linked persons are being expelled from the country as Khartoum seeks to protect at least USD$300 million in foreign investment plus its significant trade with Turkey.

In Guinea, whose leader Alpha Conde met with Erdoğan in Ankara Tuesday, the five Gülen schools will be taken over by the Turkish Maarif Foundation – a topic that Turkey’s president thought important enough to stress with renewed vigor while meeting with an African head of state. The Daily Sabah in Istanbul reports the foundation now controls the administration of Gülen-linked schools in Rwanda too.

While critics say that Gülen is at best a cult figure, he is considered by many the legitimate spiritual leader of an Islamic movement that is focused on humanitarian service – hence the common name Hizmet – as well as interfaith dialogue and education.

So too are his followers, an estimated 3 million of them living in Turkey, although some seek asylum in the face of repression, mass arrests and human rights violations that include torture, as detailed in a new report last week from Human Rights Watch.

As the Gülen movement spread, its followers focused on a more secular Islamic advancement driven by spiritual purpose manifested across Africa. In May, former U.S. Ambassador David Shinn delivered a lecture in Brazil that demonstrated the influence and investment that Hizmet has made in the last 10 years.

Shinn, an expert author of a 2015 book that’s rare in dealing with the topic of Hizmet in Africa, looks at Hizmet in terms of spheres of influence in business, the advance of political connections, and academics.

Yet it’s the schools, not just business entities or diplomatic ties, that have become controversial in Nigeria, Guinea, Sudan or The Gambia. “The increasingly hostile relationship between the government of Turkey and Hizmet has had an impact on the schools,” Shinn noted. “From the president on down, Turkey has pressed African governments to shut the Hizmet schools.”

Not all African nations are eager to do so; Nigeria and Tanzania are among those that have resisted efforts to shutter the schools. Elsewhere, though, are voices claiming that the schools are havens for Western spies at one extreme, or at the very least harmful to Muslims at the other.

The latter includes Sheikh Hamid Byamugenzi, the deputy director of the Islamic University in Uganda, who holds that the more mystical and moderate Sufi influences of Gülen’s Hizmet organizations compromise true Islam.

“The governments should take over the schools and send away the Gülen poison,” he told Religion News Service. “Their ideology weakens the true teachings of Islam.”

The schools, well-regarded in terms of quality, are fee-based and operate within the national curricula and languages of the nations where they are located – in other words, outside of Ankara’s control, which leads to the increasing diplomatic pressure that is seeing many of them shut down.

The first one opened in Morocco in 1994, followed by Senegal in 1997. They are generally considered “Turkish schools,” according to Shinn, with names like Groupe Scolaire Safak in Côte d’Ivoire or Galaxy International School in Ghana, and all told have a presence in 35 primarily sub-Saharan nations.

There are fewer interfaith dialogue centers, but they operate under similar names, such as the Turquoise Harmony Institute in South Africa or the Respect Foundation in Kenya. The Hizmet organizational presence closely correlates with the location of Turkey’s 39 embassies in Africa, and the schools serve as a social platform for creating cultural ties, aid initiatives and business connections.

As Erdoğan ups the ante, that’s becoming a real dilemma for African governments, not to mention those in the West. Ankara’s authoritarian stance is met with growing concern from European Union officials and the United States, where Turkey this week made a new appeal to the U.S. in support of Gülen’s extradition.

Justice Minister Bekir Bozdag has emphatically reasserted Turkey’s view that Gülen – who has lived in exile in the United States since 1999 – is a terrorist similar to Osama bin Laden, and responsible for orchestrating the coup, which exacerbated the long-standing divisions in Turkey over Gülen and his influence.

That influence is what’s at the heart of Erdoğan’s obsession to eliminate it from African nations, one school at a time.