Home>News>Report on Juba attacks details changes for UNMISS operations
By AT editor - 1 November 2016 at 8:53 pm 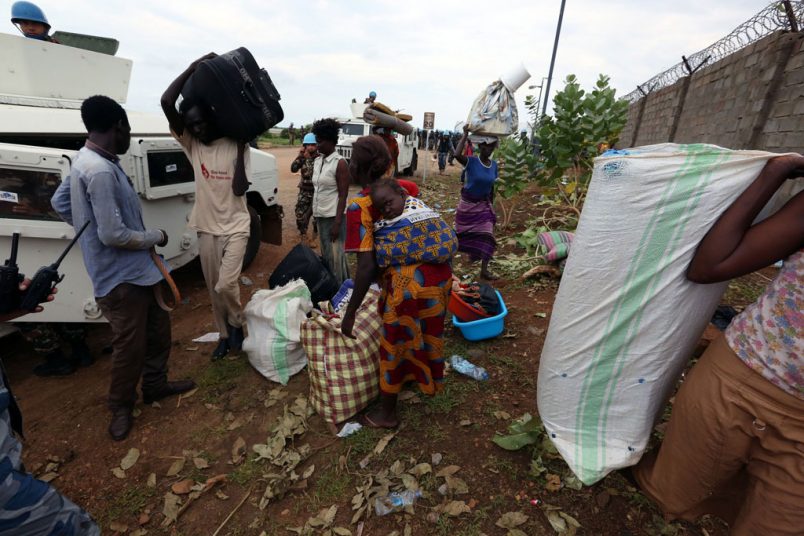 The UN decision follows an independent investigation of the violence that spanned days marked by chaos in and around the UN Mission facility. The heavy fighting between government and opposition forces in July, in which UNMISS was caught in the crossfire, resulted in 73 deaths – at least 20 of them civilians under protection. Witnesses described sexual assaults in which government forces were implicated, and the robbery of both civilians and UN personnel and aid workers.

“The Secretary-General is deeply distressed by these findings,” the UN said in a spokesman statement. “He reiterates his outrage over the acts of violence committed in Juba in July and the continuing betrayal of the people of South Sudan by too many of its leaders.”

The fighting led to the “collapse of the fragile peace agreement between the President of South Sudan, Salva Kiir, and his former First-Vice President, Riek Machar,” the report said. “The crisis brought unrestrained violence to the capital of the world’s youngest nation and the participating fighters left a trail of destruction and suffering in their wake.”

The report summary released to the public Tuesday concluded that UNMISS military personnel and police did in fact choose a risk-averse stance that limited any intervention on the behalf of humanitarian workers and Sudanese citizens who expected their protection.

A general lack of preparedness contributed to the problem as the UN headquarters, a staff camp, and protection areas serving 27,000 civilians were overwhelmed in the face of heavy arms fire.

The report offers specific recommendations as a remedy, including improved training and scenario-based exercises, as well as enhanced emergency medical services and support coupled with more accessible shelters for personnel.

“The Special Investigation was unable to verify allegations that peacekeepers failed to respond to acts of sexual violence committed directly in front of them on 17 and 18 July,” the UN report said, referring to the highly publicized accounts of peacekeepers ignoring victims and their cries for help.

While the incidents were not definitively confirmed, the report recommends an immediate change in how UN peacekeepers respond to sexual violence and human rights abuses.

Ban has promised to implement the recommendations, designed to restore both operational performance and the trust of civilians and humanitarian aid workers failed by the UNMISS leadership and personnel.