Home>News>'This is my home': Uganda's Besigye arrested after scuffle with police
By AT editor - 1 November 2016 at 3:01 am 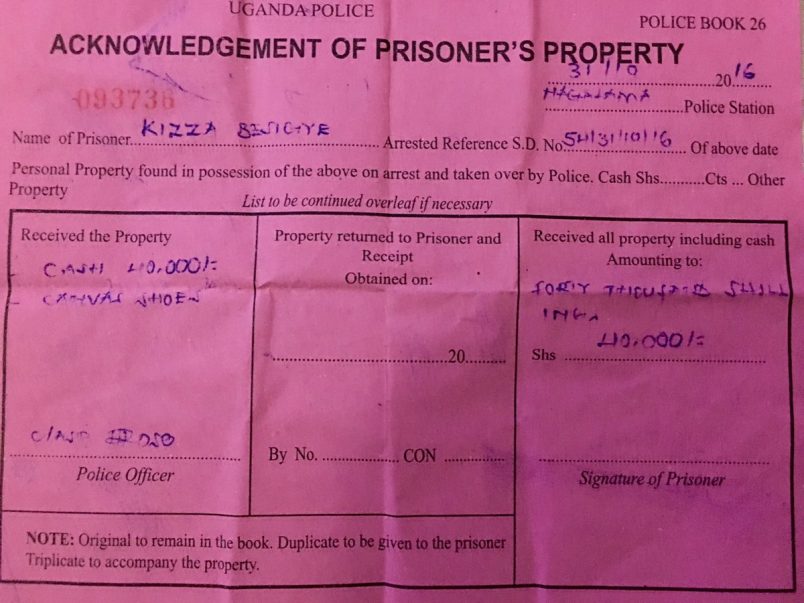 A frustrated Dr. Kizza Besigye, repeating over and over that “this is my home,” was again arrested in Uganda on Monday after clashing with police officers outside his Kasangati residence.

Besigye, leader of the Forum for Democratic Change (FDC) party and longtime political opponent of President Yoweri Museveni, argued with police about moving their barricades outside his home. He became visibly angry, as captured in a national broadcaster NSB video, and was taken into custody.

Besigye said he was taken to Nagalama, about 25 kilometers from his home, before being released later in the day. He has been heavily guarded since returning to Uganda in early October – with the exception of a recent trip abroad that saw Besigye in Europe and the United States, during which he pressed activists, academics and officials for stronger action on human rights in Uganda.

Besigye claimed he was not charged with anything and was offered no documentation of the incident, so he posted what little evidence of the arrest he did have on social media.

Across the last 15 years, Besigye has challenged Museveni for the presidency and lost four times, most recently in February in a contest fraught with allegations of irregularities and calls for an independent audit.

Besigye subsequently swore himself into presidential office in May. The government’s response to that move added to the cycle of treason charges and house arrests that the FDC leader has known for years.

The arrests occurred as other opposition leaders gathered to meet Besigye at his home. Besigye and other witnesses say fellow FDC member Ingrid Turinawe also was arrested in the incident.