Home>Articles>Morocco leader promises change in wake of Fikri death
By AT editor - 2 November 2016 at 6:57 pm 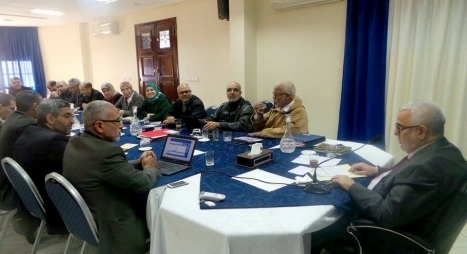 The social “imbalances” of Morocco that led to last week’s demonstrations following the death of an El Hoceima fish seller will be addressed, says Head of Government Abdelilah Benkirane.

Benkirane, leader of the Justice and Development Party (PJD), said during an interview that the death of Mohcen Fikri already has played a role in shaping the new government coalitions following the October 7 elections, the Morocco World News reported Wednesday.

While he did not elaborate – and Morocco still has no date set for the newly elected government’s tenure to begin – Benkirane promised that the underlying issues Fikri’s death has exposed will be the priority of this five-year administration.

Those issues include economic inequality, and a chronic distrust of government action as new-economy regulations impact traditional industries like fishing, a factor in the Fikri incident.

Critics, however, accuse Benkirane and the Islamist PJD party of failing to show any compassionate solidarity with the victim and family, and a wider Moroccan community demanding change. Benkirane, in a first official statement on the incident and massive response, urged PJD members not to respond to the protesters.

The October 28 death of Fikri happened when authorities threw his market goods into a trash truck, where he was crushed to death while trying to salvage his wares. Moroccan authorities have charged 11 people with involuntary manslaughter and forgery of public documents, the AFP reports.

The Moroccan protests have been compared to the 2011 Arab Spring uprisings, and in part represent what anthropologist Miriyam Aouragh has described as “unfinished business” of Moroccan activists.