Home>Health>Conflict and climate hit South Sudan crops, spike food prices
By AT editor - 8 November 2016 at 3:07 am 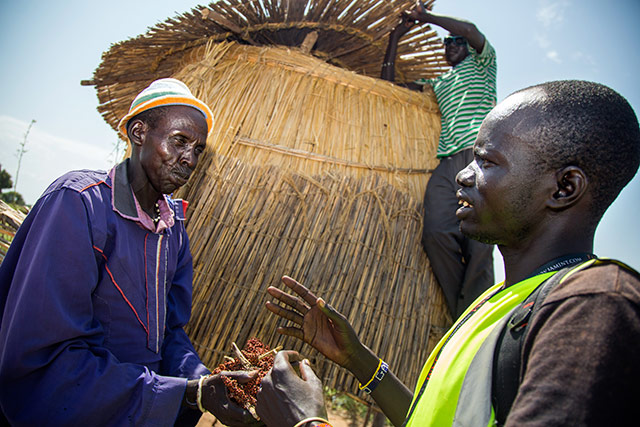 Nearly a third of all people in South Sudan are facing severe food insecurity now, and that’s expected to “rapidly deteriorate to massive proportions” in 2017, the United Nations Food and Agriculture Organization said.

The FAO issued an assessment report Monday explaining that harvest time in South Sudan traditionally means lower food prices and greater availability in the markets, but this year the seasonal reprieve is expected to be short-lived. The fighting in Juba and other regions of South Sudan has meant a spike of more than 500 percent in grain prices when compared with last year, the agency said.

Half of all harvests in the country’s Equatoria region have been wiped out during the renewed violence, and farmers were unable to plant for a second harvest because fighting kept them from their fields. In some cases, people have fled for safety and left the fields behind. In the north, the sorghum crop has been cut in half, as some Bahr el Ghazal areas faced flooding and drought cycles in addition to conflict.

“The renewed violence has had severe repercussions on agricultural production and stability needs to be restored to enable farmers to return to their fields,” said FAO representative Serge Tissot in a statement. “We are seeing an unprecedented number of food insecure people at harvest time and many more people at risk of starvation in the months to come as stocks run out.”

For additional information from FAO, see the website link.