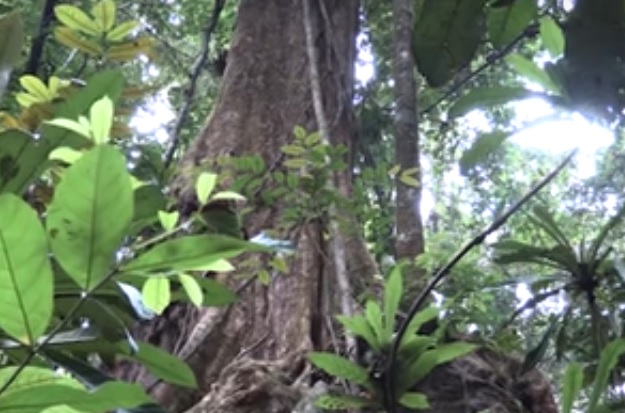 That’s according to a recent study published in Global Change Biology that details the work of a Duke University-led team trying to better understand how to calculate the environmental impact of deadwood, the debris left on the forest floor after logging.

The researchers measured 47 forest sites in Gabon, 19 of them logged and 28 unlogged, to survey the real volume and density of the byproduct.

Most tropical countries are required to provide estimates to the United Nations Framework Convention on Climate Change, detailing how much carbon is stored in their forests, to establish metrics on reducing carbon emissions and deforestation. The numbers help to determine their eligibility for climate finance compensation programs, and to measure their progress in the fight to reduce greenhouse gases.

When calculating forest carbon, the existing models assume that the deadwood accounts for about 9 percent of all biomass in forests. What the Duke team found was that in Gabon, the more accurate figures are about 30 percent in logged forests and 18 percent for unlogged sites. The measurement disparities are likely true elsewhere in Central Africa’s humid tropics and in the Americas.

The study, part of Gabon’s Natural Resource Inventory Initiative, is the first large-scale analysis of deadwood in Central Africa and currently the largest anywhere in the tropics.