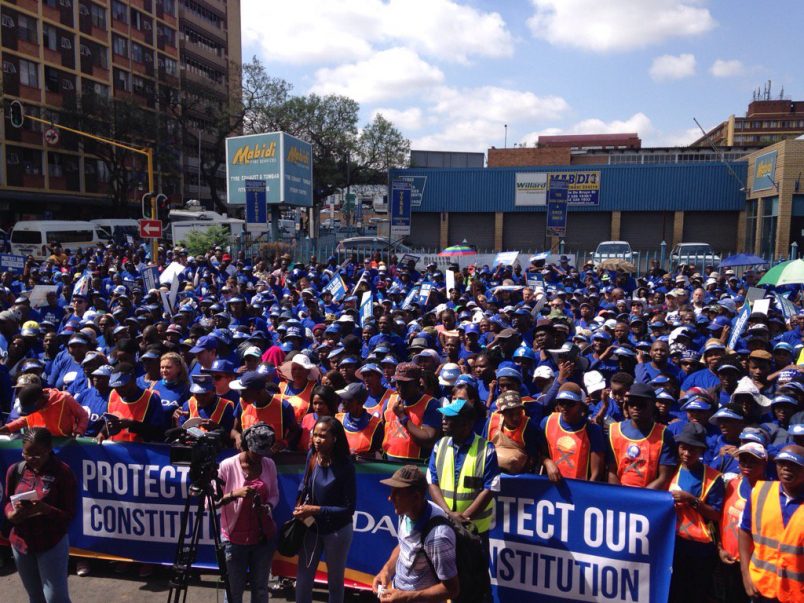 “They have chosen to sustain in office a President whose corruption is robbing our country of its massive potential and bright future,” said Maimane in a statement. As the lead opposition party to Zuma’s African National Congress (ANC), he had appealed to the ANC-majority parliament to set partisan differences aside and move forward on holding Zuma accountable to the South African electorate.

Yet despite those hopes for the ANC, the party failed to act in South Africa’s national interests, Maimane said. “The ANC proved again that they will always protect corruption and place their own personal interests over the best interests of the country,” Maimane wrote. “The ANC cannot be separated from Jacob Zuma. He is a symptom, not a cause. The ANC is Zuma, and he is the ANC.”

Although Zuma survived this latest round, some ANC party stalwarts also insist on his resignation.  “We believe that the overwhelming majority of ANC members who are committed to the real values of the ANC will understand this and give their support to any initiative that helps strengthen the movement‚” they said in a letter signed by 101 members, asking that action on Zuma be taken “before it is too late.”

The “State of Capture” report released early this month by South Africa’s Public Protector has mobilized South Africans who want Zuma removed. The report explored allegations that Zuma’s close ties to the Gupta family resulted in the removal of some government ministers – including the South African finance minister – and the appointment of others, among other complaints.

A complete copy of that report is linked here.