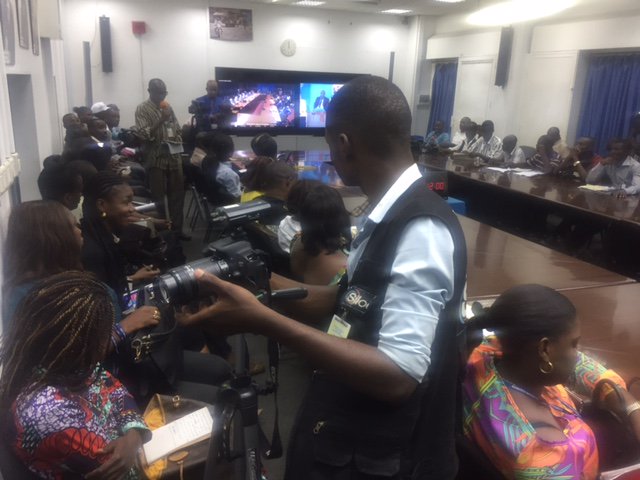 The U.S. remains committed to working out a consensus deal before the end of President Joseph Kabila’s constitutionally designated term in December, as renewed violence and repression in Democratic Republic of Congo (DRC) may lead to additional targeted sanctions from the international community.

Tom Perriello, the U.S. Special Envoy for the Great Lakes Region of Africa, assured people participating in an online discussion Thursday that the U.S. wants to see a deal that guarantees elections in 2017 and has broad support from the Congolese people. He added that the international community is ready to impose additional sanctions beyond those that have included Céléstin Kanyama, Gabriel Amisi Kumba and John Numbi.

Kabila has stalled those elections and cracked down on dissent following violent outbreaks in Kinshasa, Beni and other cities that have left scores dead. Security forces shut down protests planned by opposition political leader Étienne Tshisekedi and democracy activists last weekend, followed by the continued interference by DRC officials with citizens’ media access.

Perriello, responding to comments that Radio Okapi and Radio France Internationale were cut off in Kinshasa after Saturday’s protests, condemned the Congolese government for violating the people’s constitutionally protected right to press freedoms.

Restricting those voices is a sign of fear, he said, joining a chorus of NGO and other organizations, including UNHRC, that object to escalating journalist arrests and related free-press violations in the DRC.

To answer questions about any changes in the U.S. commitment following the election of Republican presidential candidate Donald J. Trump, Perriello said the U.S. affirms its support of Congolese self-determination in a bipartisan manner.